␡
Page 1 of 2 Next >
Jelly Bean may be a minor point release on the Android continuum, but it doesn't lack for features that native Android app developers, mobile web developers, or NDK developers should be aware of. Lauren Darcy and Shane Conder suggest that you use this honeymoon period before users get their hands on Jelly Bean to become familiar with the new Android tools and SDK features.
From the author of 

For some, the Jelly Bean (Android 4.1) release at Google I/O was a surprise. As a minor point release from Ice Cream Sandwich (Android 4.0), there are not that many new features for developers, but there are a lot of user-level improvements from a performance perspective. Still, it's good to check what areas of the Android SDK were modified and make sure your apps will work as well or better than they did prior to the update. 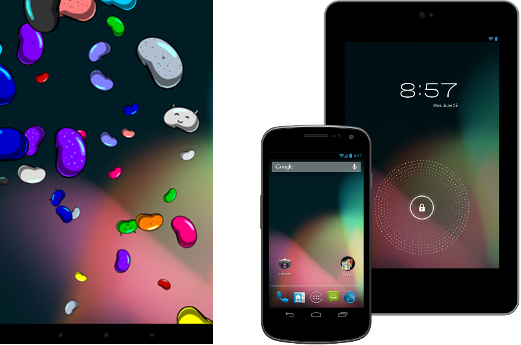 The Android team has been spending a lot of effort in recent releases to focus on improving the user experience across the platform. This means fewer new features, but improvements to existing features in terms of performance, responsiveness, reliability, and visual appeal. In many cases, app developers need not do much, if anything, to harness these new features, unlike some past updates like hardware acceleration, which may have required the developer to make minor tweaks and rebuild their apps.

The Jelly Bean release continues to focus on improving the user's experience with the platform. Nicknamed Project Butter, the Android platform has benefited from enhancements like these:

Together, these improvements give users a fast, responsive, and buttery experience they expect from modern devices.

Many of the performance enhancements were applied across the platform and do not require developers to update their apps. That said, Google has made it clear that developers should not assume they can simply write an app, publish it, and forget about it.

They expect developers to be routinely and consistently updating their apps when new versions of the platform are released. In other words, they want third-party developer apps to be maintained and improved, and there are plenty of opportunities to do this with the new Jelly Bean release.

Do I Need to Update My Native Android Apps?

That's the real question you're asking yourself, right? Will I have to update my app? Will this release break my app? Usually, the answer is you don't have to update your apps unless you want to; the Android team tries to make new platform versions compatible with legacy apps (within reason).

That said, it's always a good idea to take advantage of this time before users get the new Jelly Bean release to ensure that your apps play nice on the updated platform.

Here are some areas to pay special attention to in your apps because the APIs have had some significant changes:

Do I Need to Update My Web Apps?

If you've got a web app that targets Android devices, you'll also want to do a sanity check. There are a number of android Browser and Webview updates that will affect apps that leverage HTML5, CSS3, and JavaScript. In addition, devices are now beginning to ship with Chrome for Android as the default web browser.

If you're using Flash in your web apps, it's time to either switch to a Flash-only solution using Adobe AIR or drop Flash completely in favor of other technologies like HTML5. Adobe has announced that it will not support the Flash browser plug-in on Android 4.1 and above. Note also that Chrome for Android does not support the Flash browser plug-in.