␡
Page 1 of 3 Next >
HBO GO brings unlimited access to the network’s original series, hit movies, sporting events, documentaries, and comedy specials. Christina Loguidice, author of My Xbox: Xbox 360, Kinect, and Xbox LIVE, shows you how to use your controller or Kinect to play, pause, and rewind through all your favorite HBO shows, as well as gain access to special interactive features.
Like this article? We recommend 

With the recent launch of HBO GO on Xbox 360, Microsoft has upped the entertainment ante yet again. HBO GO, as its name suggests, enables you to access HBO content anywhere and anytime using a variety of platforms, from your computer, to mobile devices, to your Xbox 360. In addition to giving you the flexibility to watch your favorite HBO shows whenever the desire strikes you, a particularly nifty feature is that it also gives you a virtual backstage pass by putting a host of bonus features and behind-the-scenes extras at your disposal.

In this article, I will look at the HBO GO app's requirements on your Xbox 360, what content it makes available for your enjoyment, and how to maximize its usage with either the controller or Kinect.

To use HBO GO on your Xbox 360, the following are required:

Even if you have HBO through your cable/satellite TV provider, HBO GO may not be available to you as part of your HBO package. At the time of this writing, participating TV providers include AT&T, Bend Broadband, Blue Ridge Communications, Cablevision, Charter, Comcast, Cox, DIRECTV, DIRECTV Puerto Rico, Dish, Grande Communications, HTC Digital Cable, Massillon Cable/Clear Picture, Mediacom, Midcontinent Communications, RCN, Suddenlink, Verizon, and Wow!. If your TV provider is not listed, Microsoft recommends contacting your provider to request HBO GO on Xbox 360.

Once the general and setup prerequisites have been met, follow these steps to download HBO GO so you can start your adventure: 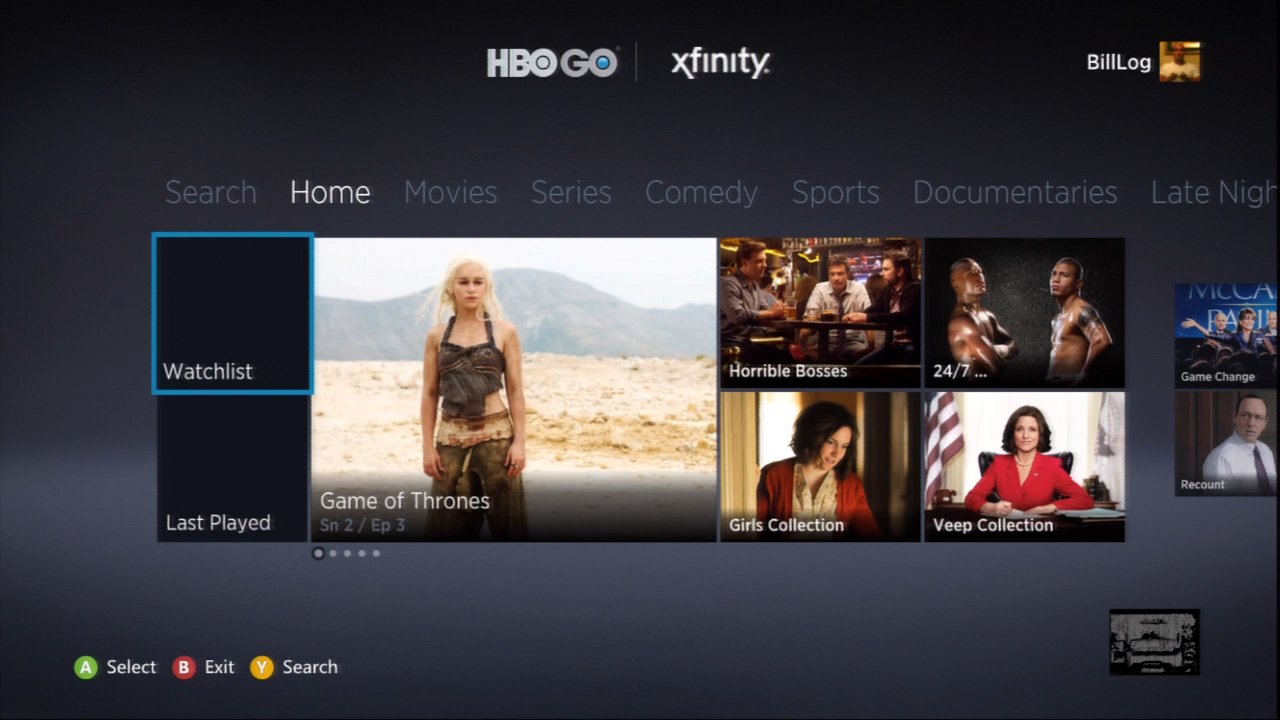