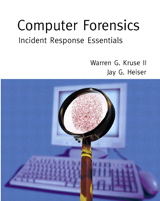 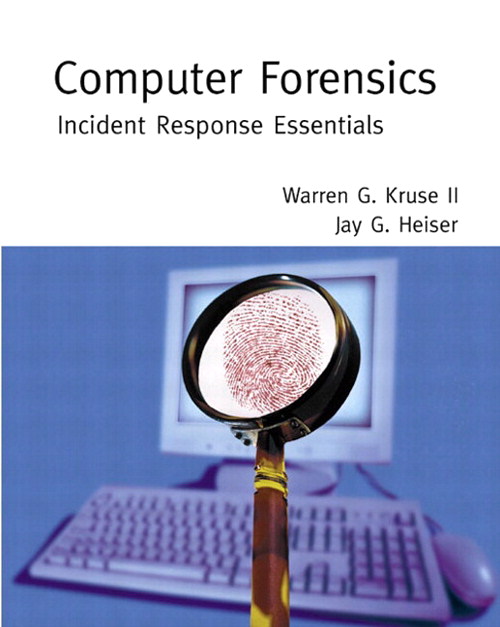 Every computer crime leaves tracks–you just have to know where to find them. This book shows you how to collect and analyze the digital evidence left behind in a digital crime scene.

Computers have always been susceptible to unwanted intrusions, but as the sophistication of computer technology increases so does the need to anticipate, and safeguard against, a corresponding rise in computer-related criminal activity.

Written by two experts in digital investigation, Computer Forensics provides extensive information on how to handle the computer as evidence. Kruse and Heiser walk the reader through the complete forensics process–from the initial collection of evidence through the final report. Topics include an overview of the forensic relevance of encryption, the examination of digital evidence for clues, and the most effective way to present your evidence and conclusions in court. Unique forensic issues associated with both the Unix and the Windows NT/2000 operating systems are thoroughly covered.

This book provides a detailed methodology for collecting, preserving, and effectively using evidence by addressing the three A's of computer forensics:

Computer Forensics is written for everyone who is responsible for investigating digital criminal incidents or who may be interested in the techniques that such investigators use. It is equally helpful to those investigating hacked web servers, and those who are investigating the source of illegal pornography.


3. The Basics of Hard Drives and Storage.


9. Introduction to Unix for Forensic Examiners.


12. Introduction to the Criminal Justice System.


Appendix C. How to Become a Unix Guru.