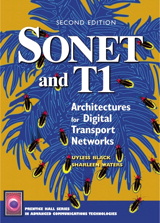 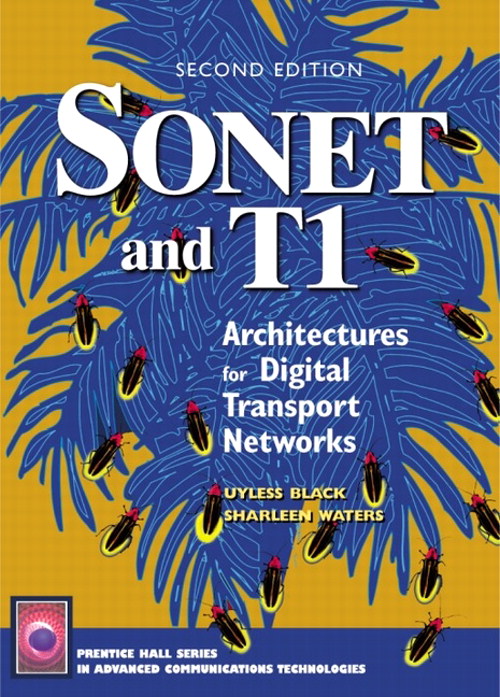 The professional's guide to SONET—completely updated for the latest innovations!

SONET is the transport technology at the heart of virtually every high-speed optical network. SONET and T1: Architecture for Digital Transport Networks, Second Edition gives communications engineers and other professionals an in-depth understanding of every facet of SONET technology-including breakthrough IP-over-SONET optical Internets, new techniques for integrating SONET with WDM fiber, and other key innovations.

The authors begin with an overview of SONET's goals and architecture, then present the most detailed coverage of SONET operations, administration, and management available in any book. SONET and T1: Architecture for Digital Transport Networks, Second Edition offers detailed information on the "hows" and "whys" of deploying and managing any SONET system, from architecture through maintenance, using real-life applications drawn from diverse carrier and business environments. This second edition's new coverage includes:

From day-to-day administration to long-term planning, SONET and T1: Architecture for Digital Transport Networks, Second Edition is your richest, most up-to-date SONET resource.


Notes for the Reader.

3. Timing and Synchronization in Digital Networks.

This book is part of a series titled Advanced Communications Technologies. This particular book also has a close "companion" in this series, titled ISDN and SS7: Architectures for Digital Signaling Networks.

When we were planning this book, our initial intent was for it to be a SONET book, with little discussion of the T1 technology. However, we decided that the book should also include T1 because many of the SONET operations are centered around T1. In addition, as we surveyed the literature on T1, we were surprised to discover that the existing books on T1 did not cover several important aspects of the subject--omissions that we have corrected in this book.

Also, we have included material on some of the original T1 channel banks. To our knowledge, this material has not appeared in any text, and the information is essential to understanding how T1 is the way it is.

In setting out to write this book, we established two goals. First, we wish to complement the overall series, and avoid undue overlapping of the subject matter of the other books. Second, we wish to explain aspects of the subject matter that have not been provided in other reference books. We found that not much tutorial literature exists on synchronization and timing, on the Building Integrated Timing Supply (BITS), on SONET configuration (crafting) operations, and some other important subjects. This information is provided in this book.