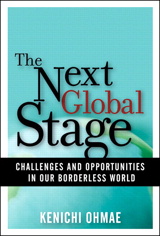 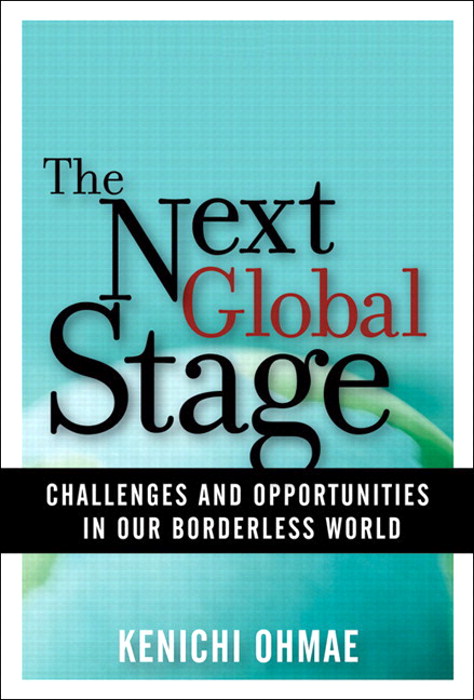 Next Global Stage: The: Challenges and Opportunities in Our Borderless World

Globalization is a fact. You can't stop it; it has already happened; it is here to stay. And we are moving into a new global stage.

A radically new world is taking shape from the ashes of yesterday's nation-based economic world. To succeed, you must act on the global stage, leveraging radically new drivers of economic power and growth. Legendary business strategist Kenichi Ohmae–who in The Borderless World, published in 1990, predicted the rise and success of globalization, coining the very word–synthesizes today's emerging trends into the first coherent view of tomorrow's global economy–and its implications for politics, business, and personal success.

Ohmae explores the dynamics of the new "region state," tomorrow's most potent economic institution, and demonstrates how China is rapidly becoming the exemplar of this new economic paradigm. The Next Global Stage offers a practical blueprint for businesses, governments, and individuals who intend to thrive in this new environment. Ohmae concludes with a detailed look at strategy in an era where it's tougher to define competitors, companies, and customers than ever before.

As important as Huntington's The Clash of Civilizations, as fascinating as Friedman's The Lexus and the Olive Tree, this book doesn't just explain what's already happened: It offers a roadmap for action in the world that's beginning to emerge.

The World as a Stage.

Finland: In from the Cold.

What Is the Global Economy?

The View From the Hotel: Detroit.

Gates to the Future.

Putting an “e” in Christmas.

3. The End of Economics.

Economic Theories That Once Fitted the Times.

Turning the Taps On and Off.

Deflation and the GDP Deflator.

The Power of Politics.

The Difficulty of Changing Habits.

Finding Your Bearings on the Global Stage.

The Rise of the Region.

Carried Away in China.

Not All Regions Are Created Equal.

Size and Scale Matter, But Not in a Traditional Way.

Regions Are Gaining Their Deserved Recognition.

What a Successful Region Has to Do.

The Will to Succeed.

BPO: India as a Launch Pad.

More Than a One-Country Wonder.

BPO as a Platform.

The View from India.

BPO in a Borderless World.

Have You Been Googled Recently?

Paying the Bill: The Payment Revolution.

The Arrival of the Micro Tag.

A Vision for Change.

A New Role for Government.

The Craic of the Irish.

Technological Progress Means Death Is a Fact of Business Life.

The Rise of VoIP and Its Impact on Telecoms.

Reopening the Mind of the Strategist.

Revive: How to Transform Traditional Businesses into Digital Leaders

Revive: How to Transform Traditional Businesses into Digital Leaders