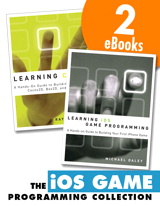 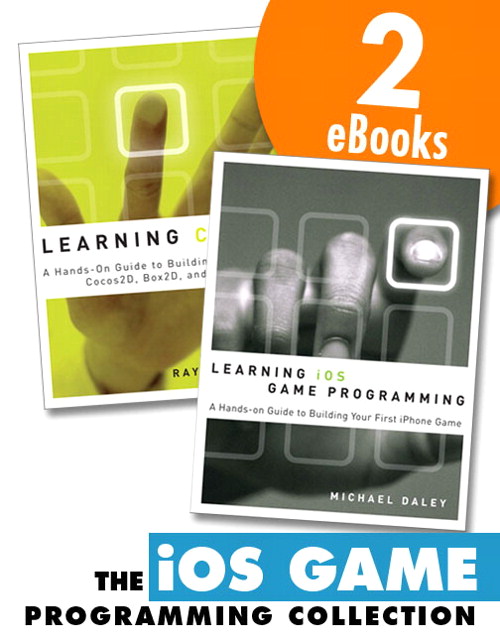 This EPUB will be accessible from your Account page after purchase.

Learning Cocos2D: A Hands-on Guide to Building iOS Games with Cocos2D, Box2D, and Chipmunk Since the launch of the App Store, games have been the hottest category of apps for the iPhone, iPod touch, and iPad. That means your best chance of tapping into the iPhone/iPad “Gold Rush” is to put out a killer game that everyone wants to play (and talk about). While many people think games are hard to build, they actually can be quite easy, and this collection is your perfect beginner’s guide.

Learning iOS Game Programming walks you through every step as you build a 2D tile map game, Sir Lamorak’s Quest: The Spell of Release (which is free in the App Store). You can download and play the game you’re going to build while you learn about the code. You learn the key characteristics of a successful iPhone game and important terminology and tools you will use.

Learning Cocos2D walks you through the process of building Space Viking (which is free on the App Store), a 2D scrolling game that leverages Cocos2D, Box2D, and Chipmunk. As you build Space Viking, you’ll learn everything you need to know about Cocos2D so you can create the next killer iOS game.

This collection helps you