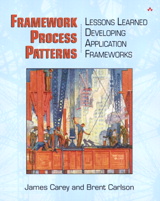 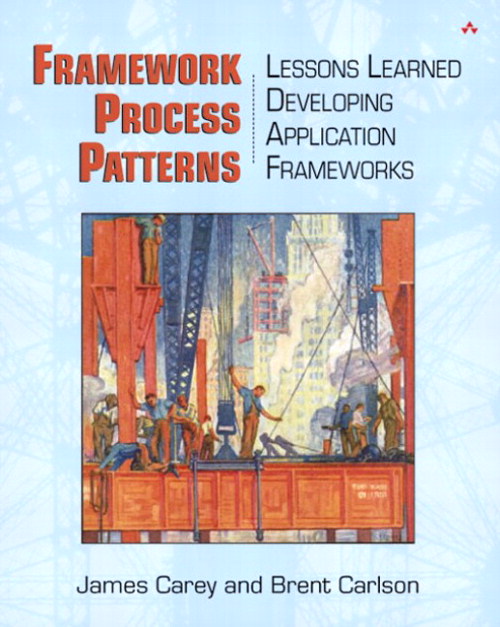 Frameworks represent a rapidly growing field within object-oriented programming and development. A framework is a set of cooperating classes that make up a reusable design that addresses a specific application domain. Yet, for all of their value, frameworks are widely misunderstood.

presents working patterns that apply to all phases of the framework development process, from requirements and analysis through documentation. It focuses on the essential issue of what constitutes an appropriate domain, and how to strike the delicate balance between reusability and content. This book also examines the human side of framework development, with advice on effective communication and optimal team organization. Many of these patterns have broad applicability not just to framework development, but to object-oriented and component-based development in general.

You will read about important topics, including:

A single case study runs throughout the book to illustrate the application of principles and techniques. The book also includes two valuable appendices. The first looks at the relationship between frameworks and components, and the second documents the IBM SanFrancisco framework development process.

Written for proficient object-oriented programmers who want to learn more about this important field or want to validate their own real-life experiences in the trenches of object-oriented development, Framework Process Patterns will bring you far along the path toward fully understanding frameworks and maximizing their potential.


Why Listen to Us?


What Is a Framework?

Maintain Consistency throughout the Framework.

A Framework's Customer Is Its Partner.
4. Requirements.

How Extreme Is Too Extreme?

Include Obvious Domain Capabilities While Keeping the Framework Focused.
5. Analysis.

Eating the Elephant (One Byte at a Time).


Something Is Better Than Nothing.

Document What You Know When You Know It.


Where's Mr. Spock When You Need Him?

Knowing When a Framework Shouldn't Do Something.


Missed It by That Much.


Give 'Em What They Want.

The Importance of Team Dynamics.

Translating between Domain and Technical Terminology and Concepts.

Making Sure Consistency Happens.
9. Framework Use.

Use Frameworks by Mapping.


Color Inside the Lines.

Change Only What You Need to Change.
10. Conclusion.Appendix A. Frameworks and Components.

What Is a Component?

What does it take to create object-oriented application frameworks? How do you create something that provides the core of an application and does it in a way that can be used to build many applications? Object-oriented programming skills are a great start, but they just aren’t enough to create a successful framework. So what else do you need?

What makes frameworks unique? Frameworks are a balancing act between providing reusable content (e.g. pre-built business objects and processes for business applications) and flexibility (allowing that content to be customized to do exactly what the framework user wants). This is a very delicate balancing act. When too much flexibility is provided, the framework splinters into small confederations of business objects with low-level processes—very much like a class library. On the other hand, if too much content is provided, we risk complicating customization to the point where no one will be able to use it—very much like trying to use an existing application to write another. Learning how to effectively find this balance point is what the transition to becoming a framework developer is about.

To help you make this transition, this book contains the distillation of what we learned as we became framework developers. We’ve distilled key aspects of our experience into patterns that you can immediately apply to your work. Patterns that we believe are not only valuable to anyone working with frameworks (developing, using or evaluating), but also to other software developers. Framework development tested and intensified what we learned during our transition to object-oriented developers, thus we feel that object-oriented developers will benefit. Also, with the development of more and more customizable applications, components and Web Services, the patterns about teams of technical (non-domain) and non-technical (domain) experts working together to develop software are becoming increasingly applicable.

This book isn’t about object-oriented development or how to program in a particular object oriented language. It doesn’t describe arcane algorithms, radically new development processes, or arguments for a new way to model object-oriented designs. Instead, we’ve captured (as patterns) situations that we’ve encountered (and that typically occur) during normal object-oriented framework development. We cover the range of development activities from initial requirements gathering to documenting the framework. We also spend some time on the human side of development—how to deal with the interactions between all the different types of people who need to work together to make a software development project successful. Finally we briefly look at using a framework to develop an application.

What are these patterns? The “Tor’s 2nd cousin” pattern

Why patterns? Each pattern in this book is documented in a consistent manner so that you can easily examine the pattern and its applicability, and determine whether it can be applied to your particular situation or possibly used as a starting point for defining your own solution. Each pattern has the following sections:

Why listen to us?

Like many of you, we started off as procedural programmers. We were taught object-oriented techniques in the classroom and then tempered our skills in the furnace of experience. We both worked on building portions of an object-oriented operating system in C++. These pieces were part of the project that moved the AS/400 from a CISC to a RISC processor base in the early 1990’s. This project involved changing or replacing over a million lines of code. Most of the organization was new to object-oriented development, so we didn’t concentrate just on our own designs and code, instead the team was very open and helped one another by discussing and reviewing each other’s designs and code. By the time we completed the CISC to RISC conversion, we were both very experienced object-oriented developers. This is the starting point for the experiences captured in this book.

The SanFrancisco frameworks were delivered as a number of layers. At the bottom were the more traditional technically-oriented frameworks that supported things such as persistence and distributed objects (much of which is now provided by Java’s EJBs

The SanFrancisco development team chose to use object-oriented techniques because of all the standard reasons: effective isolation and decomposition of complexity, improved maintainability, and partitioning of development effort into self-contained chunks, among others 1. One reason that was especially appealing was that object-oriented techniques allow responsibilities to be encapsulated into objects. Thus we could make the scope of change in any one part of the framework limited and understandable, something key to a framework which expects changes for customization. Java was chosen because it would allow the application the most flexibility on which platform to run on.

What do lots of classes and code have to do with listening to us? Directly, not much. What they show is that we have had to use framework techniques to solve a lot of problems. We didn’t simply write one small framework and declare a pattern because we saw something once—or thought it might be a pattern. We identified these patterns because we saw them over and over again. They were identified, refined and used by the entire team—a team of both technical and domain experts. Finally, numerous software developers have validated these patterns by building flexible applications, both for broad resale and for very specific business needs on top of the IBM SanFrancisco frameworks.

How to read this book

Once you’ve read the Introduction and Case Study chapters the remaining chapters can be read in any order. Managers, or developers trying to get an overview of the patterns should consider reading the Intent, Problem, Solution and Applicability sections for all of the chapters. The remaining sections can then be read when going back and reading the chapter in detail, possibly focusing first on those patterns that seem to be the most applicable.

Related patterns have been collected together into parts which identify where their primary application. These parts are:

Two appendices are included. Appendix A describes the complementary relationship between components and frameworks. Appendix B describes the development process used to develop the business application frameworks as part of the IBM SanFrancisco project.

These rules were not something that we came up with on our own. They are the result of the team effort that went into developing the IBM SanFrancisco frameworks. Each member of the team contributed in some way to the experience that went into these rules. We want to thank each and every one of the team members—you were one of the best teams we’ve ever gotten to work for.