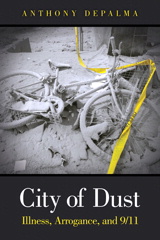 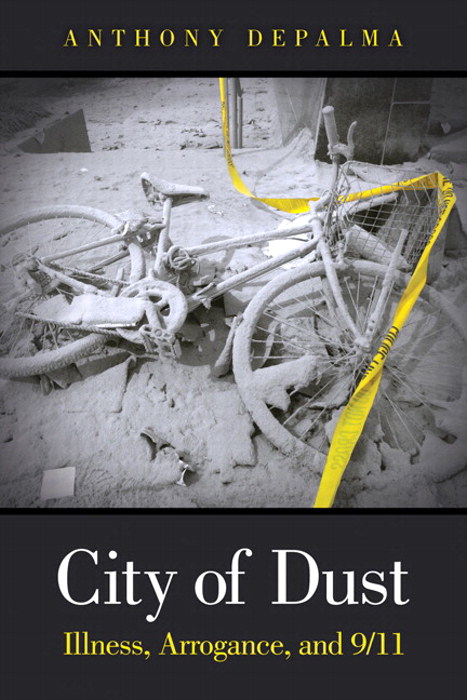 In City of Dust, Anthony DePalma offers the first full accounting of one of the gravest environmental catastrophes in United States history. The destruction on 9/11 of two of the world's largest buildings unleashed a vortex of dust and ash that blotted out the sun and has distorted science, medicine and public policy ever since. The likely dangers of 9/11's massive dust cloud were evident from the beginning, yet thousands chose not to see. Why? As the sickening results of exposure became evident, many still refused to recognize them. Why? The consequences are still being tallied in the wasted bodies and disrupted lives of thousands who gave their all when the need was greatest, but whose demands for justice have been consumed by years of politics and courtroom maneuvers. Why?, separating reality from myth - and doing so with exceptional literary style and grace. DePalma covered Ground Zero for The New York Times for four years. DePalma introduces heroic firefighters, dedicated doctors and scientists, obsessive city officials, partisan politicians, aggressive lawyers, and compassionate judges and reveals the individual decisions that destroyed public trust, and the desperate attempts made to rebuild it. The dust that was the World Trade Center has changed everything it touched. This is the story of that dust, the 9/11 disaster after the disaster, and what it tells us about ourselves and our future.