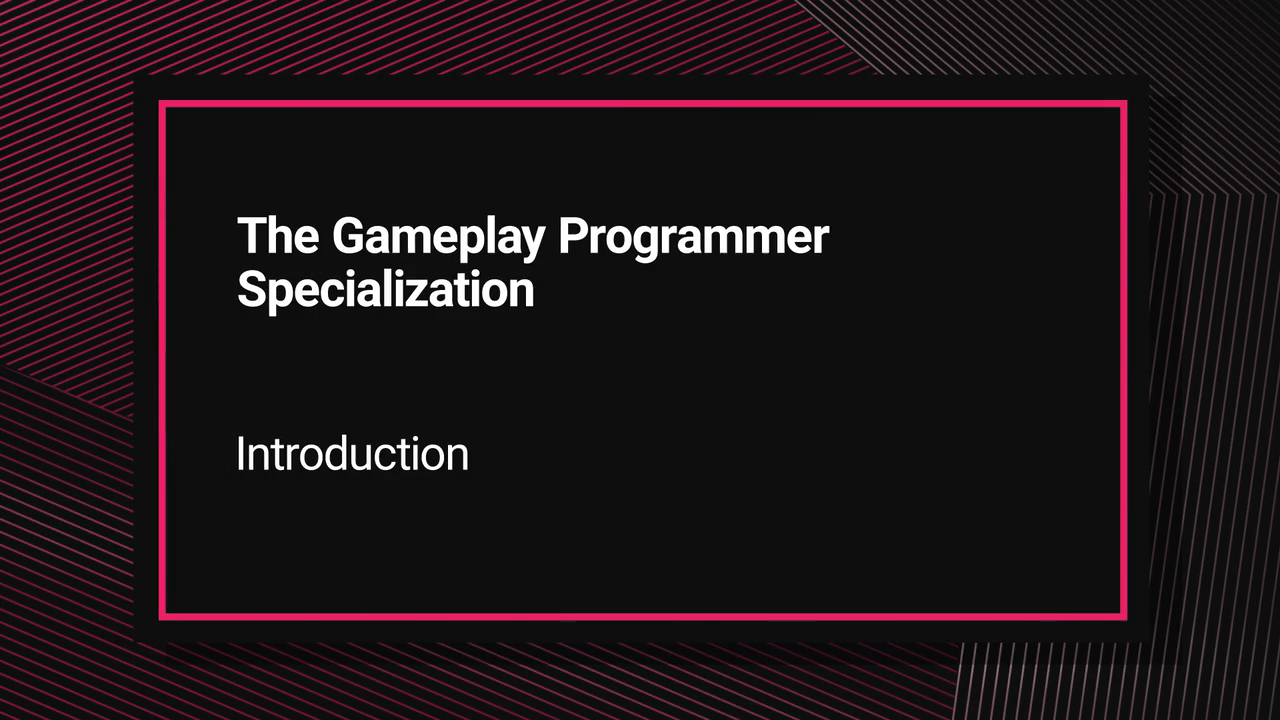 This series of courses help prepare you to take the Expert Gameplay Programmer Certification exam, and covers six topics areas distributed over five lessons. These topics include Rapid Gameplay Prototyping and Unity Services Implementation; NPC Design programming and User Interface Implementation; Level Design Programming and Performance Optimization. The format of these courses are project and activity based and participants will need to feel comfortable individually programming a game in Unity. Participants will be challenged with a series of realistic programming problems in Unity video-game projects, the kind true gameplay programming experts face every day. Each challenge is inspired by one or more of the topics covered in the exam.

This course is exam preparation for Unity's Expert Gameplay Programmer Certification Exam. This course will challenge you with a series of realistic programming problems in Unity video-game projects, inspired by one or more of the topics covered in the Expert Gameplay Programmer Exam. Throughout this course, you will work on a 2D “infinite platformer” game project and 3D “Dual-Stick Survivor” game project. This will help you practice prototyping core gameplay mechanics, including scripting GameObjects and their components, coordinating UI systems, and implementing UI scripting. This will also include configuring GameObject physics, spawning Prefabs, designing level logic and behavior, scripting animation systems and events, and working with in-game cinematics.

Unity Technologies is the creator of the worlds most widely used real-time 3D (RT3D) development platform, giving developers around the world the tools to create rich, interactive 2D, 3D, VR and AR experiences. Our 1000 person engineering team keeps Unity at the bleeding-edge of technology by working alongside partners such as Facebook, Google, Microsoft, and Oculus to ensure optimized support for the latest releases and platforms. Experiences made with Unity reach nearly 3 billion devices worldwide, and were installed 24 billion times in the last 12 months. Unity is powering RT3D in architecture, automotive, construction, engineering, film, games, and more.

By successfully completing the projects in all four courses, participants will have had extensive, guided practice in the programming skills needed to pass the Unity Expert Gameplay Programmer exam.

-Enable ads in the game to demonstrate knowledge of Unity Services

-Develop a HUD to demonstrate knowledge of UI coordinate systems

-Add characters to your level

b.    The Expert Gameplay Programmer Exam

a.    Understanding What the GDD Wants

b.    Converting the GDD to Unity

e.    Getting the Basics Set Up for the Most Basic NPC

d.    Configuring What Can be Hit

a.    What’s important to the User

b.    Any Feedback is Better Than None