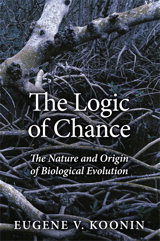 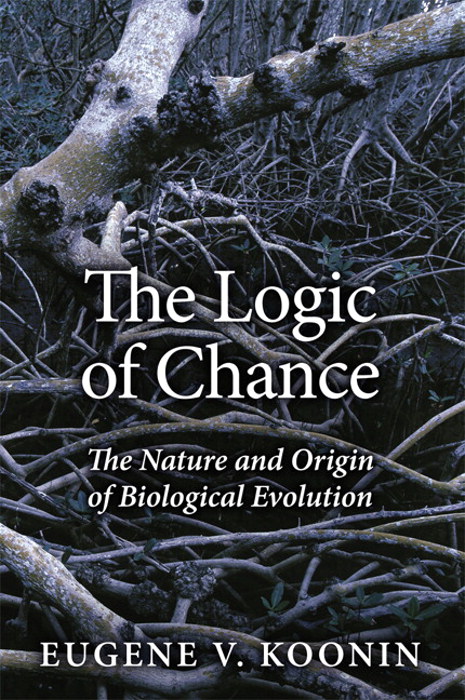 Logic of Chance, The: The Nature and Origin of Biological Evolution

The Logic of Chance offers a reappraisal and a new synthesis of theories, concepts, and hypotheses on the key aspects of the evolution of life on earth in light of comparative genomics and systems biology. The author presents many specific examples from systems and comparative genomic analysis to begin to build a new, much more detailed, complex, and realistic picture of evolution. The book examines a broad range of topics in evolutionary biology including  the inadequacy of natural selection and adaptation as the only or even the main mode of evolution; the key role of horizontal gene transfer in evolution and the consequent overhaul of the Tree of Life concept;  the central, underappreciated evolutionary importance of viruses; the origin of eukaryotes as a result of endosymbiosis; the concomitant origin of cells and viruses on the primordial earth; universal dependences between genomic and molecular-phenomic variables; and the evolving landscape of constraints that shape the evolution of genomes and molecular phenomes.

"Koonin's account of viral and pre-eukaryotic evolution is undoubtedly up-to-date. His "mega views" of evolution (given what was said above) and his cosmological musings, on the other hand, are interesting reading." Summing Up: Recommended

Reprinted with permission from CHOICE, copyright by the American Library Association.

Preface: Toward a postmodern synthesis of evolutionary biology     vii

Chapter 1: The fundamentals of evolution: Darwin and Modern Synthesis     1

Chapter 2: From Modern Synthesis to evolutionary genomics: Multiple processes and patterns of evolution     21

Chapter 4: Genomics, systems biology, and universals of evolution: Genome evolution as a phenomenon of statistical physics     81

Chapter 5: The web genomics of the prokaryotic world: Vertical and horizontal flows of genes, the mobilome, and the dynamic pangenomes     105

Chapter 6: The phylogenetic forest and the quest for the elusive Tree of Life in the age of genomics     145

Chapter 7: The origins of eukaryotes: Endosymbiosis, the strange story of introns, and the ultimate importance of unique events in evolution     171

Chapter 8: The non-adaptive null hypothesis of genome evolution and origins of biological complexity     225

Chapter 9: The Darwinian, Lamarckian, and Wrightean modalities of evolution, robustness, evolvability, and the creative role of noise in evolution     257

Chapter 11: The Last Universal Common Ancestor, the origin of cells, and the primordial gene pool     329

Appendix A: Postmodernist philosophy, metanarratives, and the nature and goals of the scientific endeavor     421

Appendix B: Evolution of the cosmos and life: Eternal inflation, “many worlds in one,” anthropic selection, and a rough estimate of the probability of the origin of life     431