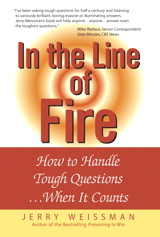 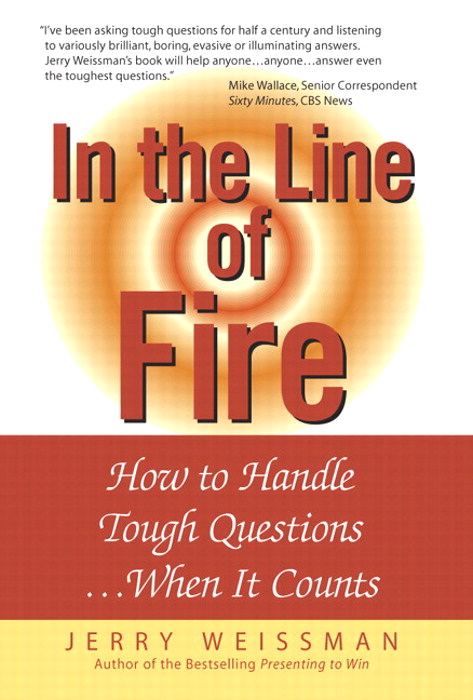 Jerry Weissman has made a career of coaching nearly 500 execs on their IPO roadshows, the most critical presentations of their lives. Now, he's written an indispensable guide to answering the toughest questions you'll ever face.  Using compelling examples from Presidential debates to stock analyst meetings, Weissman teaches how to respond with perfect assurance. Discover how to avoid the defensive, evasive, or  contentious answers that have destroyed political careers and ruin credibility. Learn to control your entire exchange with a hostile questioner: the question, answer, interactions with questioner and audience, timing, and above all, yourself. Whether an executive, politician, fundraiser, interviewee, teacher, student -- or even a family member at Thanksgiving dinner -- you're judged on how you handle these moments. Get this book: handle them brilliantly.

1. The Critical Dynamics of Q&A.

How to Lose Your Audience in Five Seconds Flat

The Power of "You"

How to Handle Special Questions

The Evolution of George W. Bush

The Art of Agility

The Critical Impact of Debates

Hooked: Why cute sells...and other marketing magic that we just can't resist