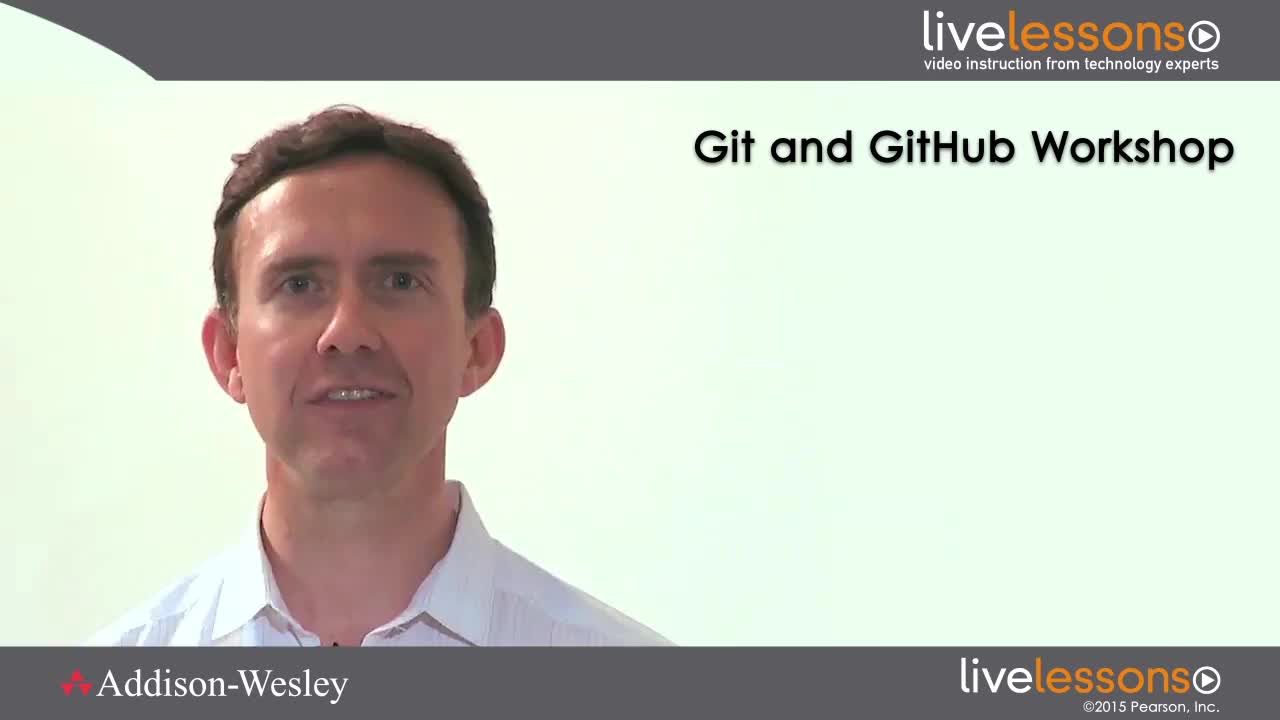 Git and GitHub LiveLessons (Workshop) is a fast-paced, engaging video course that teaches developers the essentials of Git and GitHub. You will learn the key commands to quickly become productive using Git and best practices for using GitHub to collaborate with your team.

Featuring live, step-by-step demonstrations, the lessons in this workshop cover:

Peter Bell is a contract member of the GitHub training team and presents internationally on using Git and GitHub effectively. He's also the co-founder of CTO School and the startup CTO Summit and is the author of Git Distilled, to be published by Pearson in late 2014.

Lesson 2: Getting Started with Git

Lesson 3: Getting Started with GitHub

Lesson 8: Reviewing a Project on GitHub

Lesson 9: Configuring a Project on GitHub

Lesson 11: How to Undo Almost Anything Using Git