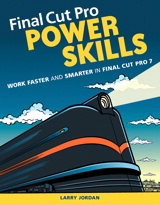 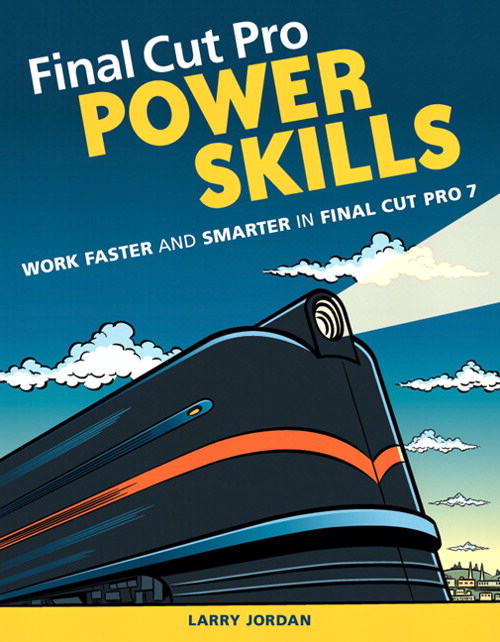 You have the basics of Final Cut Pro down and now you need to work faster and more efficiently in the program. With over 600 focused techniques and shortcuts, this book gives you what you need to know to blaze through your projects and work smarter in Final Cut Pro.

In Final Cut Pro Power Skills, you'll learn everything from organizing and setting up your workspace to uncovering secrets for editing and effects work to color-correction speed techniques, and more. You'll learn about Final Cut Pro 7's new features including new ProRes formats, which allows faster and higher quality editing across a wide variety of workflows; iChat theater support, which lets remote clients and collaborators see the same footage the editor sees while making changes ; new speed tools; Alpha Transitions which allows the creation of  dramatic moving matte transitions; the ability to easily deliver content to multiple devices including iPhone, iPod, MobileMe; seamless integration with the other apps in Final Cut Studio and much more.

These are the hidden techniques, the little-known keyboard shortcuts, the power skills that make the difference between getting a project done and getting in done with enough time to still have a life.