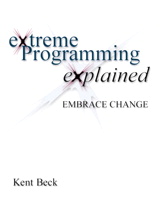 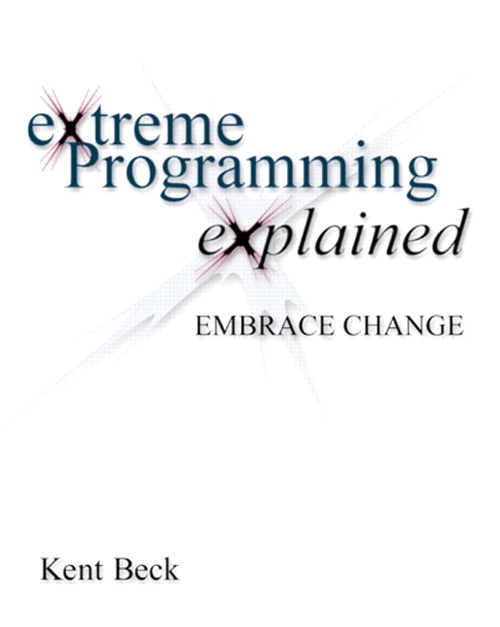 Software development projects can be fun, productive, and even daring. Yet they can consistently deliver value to a business and remain under control.

Extreme Programming (XP) was conceived and developed to address the specific needs of software development conducted by small teams in the face of vague and changing requirements. This new lightweight methodology challenges many conventional tenets, including the long-held assumption that the cost of changing a piece of software necessarily rises dramatically over the course of time. XP recognizes that projects have to work to achieve this reduction in cost and exploit the savings once they have been earned.

Fundamentals of XP include:

Why is XP so controversial? Some sacred cows don't make the cut in XP:

You may love XP, or you may hate it, but Extreme Programming Explained will force you to take a fresh look at how you develop software.

Extreme Programming and the Economics of Software Development

Click below for Sample Chapter(s) related to this title:
chap9.html


Interactions Between the Variables.

The Values in Practice.

This is a book about Extreme Programming (XP). XP is a lightweight methodology for small-to-medium-sized teams developing software in the face of vague or rapidly changing requirements. This book is intended to help you decide if XP is for you.

To some folks, XP seems like just good common sense. So why the iextremei in the name? XP takes commonsense principles and practices to extreme levels.

When I first articulated XP, I had the mental image of knobs on a control board. Each knob was a practice that from experience I knew worked well. I would turn all the knobs up to 10 and see what happened. I was a little surprised to find that the whole package of practices was stable, predictable, and flexible.

In short, XP promises to reduce project risk, improve responsiveness to business changes, improve productivity throughout the life of a system, and add fun to building software in teamsoall at the same time. Really. Quit laughing. Now youill have to read the rest of the book to see if Iim crazy.

This book talks about the thinking behind XPoits roots, philosophy, stories, myths. It is intended to help you make an informed decision about whether or not to use XP on your project. If you read this book and correctly decide not to use XP for your project, I will have met my goal just as much as if you correctly decide to use it. A second goal of this book is to help those of you already using XP to understand it better.

This isnit a book about precisely how to do Extreme Programming. You wonit read lots of checklists here, or see many examples, or lots of programming stories. For that, you will have to go online, talk to some of the coaches mentioned here, wait for the topical, how-to books to follow, or just make up your own version.

The next stage of acceptance of XP is now in the hands of a group of people (you may be one) who are dissatisfied with software development as it is currently practiced. You want a better way to develop software, you want better relationships with your customers, you want happier, more stable, more productive programmers. In short, you are looking for big rewards, and you arenit afraid to try new ideas to get them. But if you are going to take a risk, you want to be convinced that you arenit just being stupid.

XP tells you to do things differently. Sometimes XPis advice is absolutely contrary to accepted wisdom. Right now I expect those choosing to use XP to require compelling reasons for doing things differently, but if the reasons are there, to go right ahead. I wrote this book to give you those reasons.

What is XP? XP is a lightweight, efficient, low-risk, flexible, predictable, scientific, and fun way to develop software. It is distinguished from other methodologies by

XP is a discipline of software development. It is a discipline because there are certain things that you have to do to be doing XP. You donit get to choose whether or not you will write testsoif you donit, you arenit extreme: end of discussion.

XP is designed to work with projects that can be built by teams of two to ten programmers, that arenit sharply constrained by the existing computing environment, and where a reasonable job of executing tests can be done in a fraction of a day.

XP frightens or angers some people who encounter it for the first time. However, none of the ideas in XP are new. Most are as old as programming. There is a sense in which XP is conservativeoall its techniques have been proven over decades (for the implementation strategy) or centuries (for the management strategy).

The innovation of XP is

In The Forest People and The Mountain People, anthropologist Colin Turnbull paints contrasting pictures of two societies. In the mountains, resources were scarce and people were always on the brink of starvation. The culture they evolved was horrific. Mothers abandoned babies to roving packs of feral children as soon as they had any chance of survival. Violence, brutality, and betrayal were the order of the day.

In contrast, the forest had plenty of resources. A person had only to spend half an hour a day providing for their basic needs. The forest culture was the mirror image of the mountain culture. Adults shared in raising children, who were nurtured and loved until they were quite ready to care for themselves. If one person accidentally killed another (deliberate crime was unknown), they were exiled, but they only had to go a little ways into the forest, and only for a few months, and even then the other tribespeople brought them gifts of food.

XP is an experiment in answer to the question, iHow would you program if you had enough time?i Now, you canit have extra time, because this is business after all, and we are certainly playing to win. But if you had enough time, you would write tests; you would restructure the system when you learned something; you would talk a lot with fellow programmers and with the customer.

The book is written as if you and I were creating a new software development discipline together. We start by examining our basic assumptions about software development. We then create the discipline itself. We conclude by examing the implications of what we have createdohow it can be adopted, when it shouldnit be adopted, and what opportunities it creates for business.

The book is divided into three sections.

I write in the first person here, not because these are my ideas, but rather because this is my perspective on these ideas. Most of the practices in XP are as old as programming.

Ward Cunningham is my immediate source for much of what you will read here. In many ways I have spent the last fifteen years just trying to explain to other people what he does naturally. Thanks to Ron Jeffries for trying it, then making it much better. Thanks to Martin Fowler for explaining it in a nonthreatening way. Thanks to Erich Gamma for long talks while watching the swans in the Limmat, and for not letting me get away with sloppy thinking. And none of this would have happened if I hadnit watched my dad, Doug Beck, ply his programming craft all those years.

Thanks to the C3 team at Chrysler for following me up the hill, then storming past me on the way to the top. And special thanks to our managers Sue Unger and Ron Savage for the courage to give us the chance to try.

Thanks to Daedalos Consulting for supporting the writing of this book. Champion reviewer honors go to Paul Chisolm for his copious, thoughtful, and often downright annoying comments. This book wouldnit be half of what it is without his feedback.