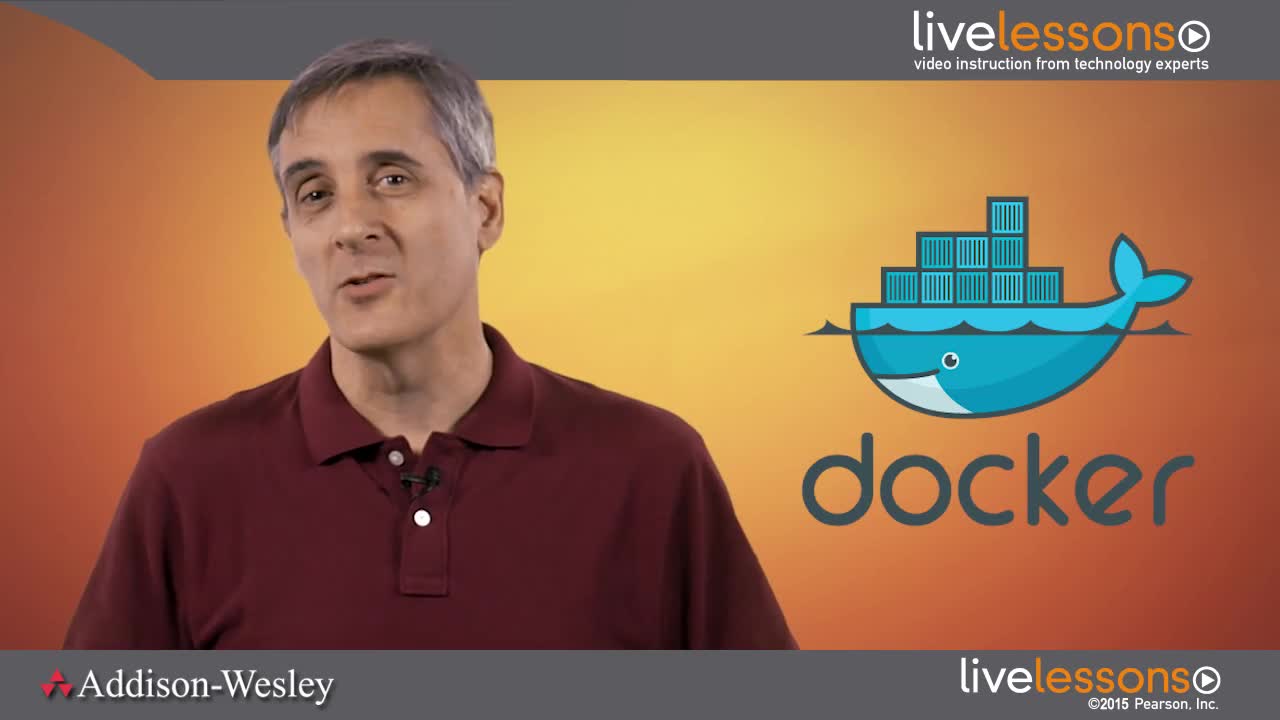 With cloud computing, applications need to move around efficiently and run almost anywhere. In this video, learn how you can create containerized applications with Docker that are light-weight and portable. First, Chris shows you how to begin using Docker on Ubuntu, Red Hat Enterprise Linux, or Fedora systems (with options of Windows or Mac OS X). Then he shows how to pull and push Docker container images from and to Docker registries. The next few lessons get you started running and investigating how containers work. After that, you will learn how to build your own Docker images. The video then touches on orchestration tools such as Kubernetes and GearD for deploying containers. And finally, it provides some tips for developing your own Docker containers.

This course is for people who want to:

In Lesson 1, "Welcome to Docker Containers," you learn the benefits of running applications in Docker containers. You also learn where Docker came from, the components that make up Docker, and other initiatives that have grown up around the Docker project.

In Lesson 2, "Getting Docker Software," you learn how to get Docker software and start it on the operating system that you choose. It includes procedures for installing Docker on Fedora, Ubuntu, Red Hat Enterprise Linux distributions, as well as the light-weight Project Atomic operating system.

In Lesson 4, "Starting Up Containers," you start running containers on your build system. Once a container is running, you can explore your container in different ways, then start and stop the containers as needed.

In Lesson 5, "Making Docker Images from Containers," you take containers you have made by running commands on your local system and save them as images you can transport. Once you have transported your new docker image to another system running docker, you can load the image and run it on that system. Or you could push your new image to the Docker Hub or to a private registry.

In Lesson 6, "Keeping Your Docker Build System Healthy," you learn ways to query the state of your docker system and ways to keep it healthy, such as removing containers and images left on your system that you no longer need.

In Lesson 7, "Building Docker Images," you learn how to build a Docker container image that includes everything needed to run an application.

In Lesson 8, "Tips for Building Containers," you learn some simple rules to get better results from the containers you run, build and manage. In particular, working with software repositories, networking, and storage are given extra attention in this lesson.

In Lesson 9, "Orchestrating Docker Containers," you are introduced to the concept of container orchestration–how to join containers together in a pod, create systemd initialization files for containers, and manage local and remote containers.