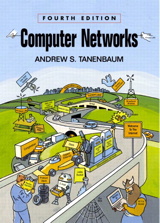 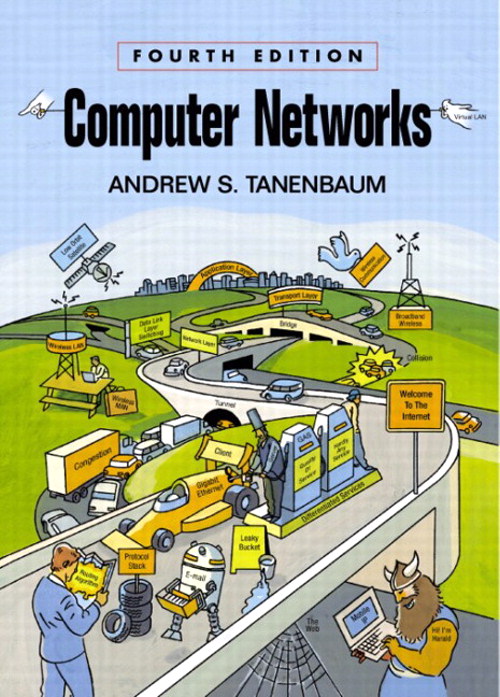 The definitive introduction to networking for computer professionals - now updated!

° Computer Networks is the absolute "bible" in networking fundamentals.

° New Chapter on security, including coverage of IPSec, web security, and VPN security.

Computer Networks, Fourth Edition is the ideal introduction to today's networks—and tomorrow's. This classic best seller has been thoroughly updated to reflect the newest and most important networking technologies with a special emphasis on wireless networking, including 802.11, Bluetooth, broadband wireless, ad hoc networks, i-mode, and WAP. But fixed networks have not been ignored either with coverage of ADSL, gigabit Ethernet, peer-to-peer networks, NAT, and MPLS. And there is lots of new material on applications, including over 60 pages on the Web, plus Internet radio, voice over IP, and video on demand.Finally, the coverage of network security has been revised and expanded to fill an entire chapter.

Author, educator, and researcher Andrew S. Tanenbaum, winner of the ACM Karl V. Karlstrom Outstanding Educator Award, carefully explains how networks work on the inside, from underlying hardware at the physical layer up through the top-level application layer. Tanenbaum covers all this and more:

The book gives detailed descriptions of the principles associated with each layer and presents many examples drawn from the Internet and wireless networks.

Computer Networks -- Anatomy of a Classic

The networking picture has changed radically since the third edition. In the mid-1990s, numerous kinds of LANs and WANs existed, along with multiple protocol stacks. By 2003, the only wired LAN in widespread use was Ethernet, and virtually all WANs were on the Internet. Accordingly, a large amount of material about these older networks has been removed.

Although Chap. 1 has the same introductory function as it did in the third edition, the contents have been revised and brought up to date. For example, introductions to the Internet, Ethernet, and wireless LANs are given there, along with some history and background. Home networking is also discussed briefly.

Chapter 2 has been reorganized somewhat. After a brief introduction to the principles of data communication, there are three major sections on transmission (guided media, wireless, and satellite), followed by three more on important examples (the public switched telephone system, the mobile telephone system, and cable television). Among the new topics covered in this chapter are ADSL, broadband wireless, wireless MANs, and Internet access over cable and DOCSIS.

Chapter 3 has always dealt with the fundamental principles of point-to-point protocols. These ideas are essentially timeless and have not changed for decades. Accordingly, the series of detailed example protocols presented in this chapter is largely unchanged from the third edition.

In contrast, the MAC sublayer has been an area of great activity in recent years, so many changes are present in Chap. 4. The section on Ethernet has been expanded to include gigabit Ethernet. Completely new are major sections on wireless LANs, broadband wireless, Bluetooth, and data link layer switching, including MPLS.

Chapter 5 has also been updated, with the removal of all the ATM material and the addition of additional material on the Internet. Quality of service is now also a major topic, including discussions of integrated services and differentiated services. Wireless networks are also present here, with a discussion of routing in ad hoc networks. Other new topics include NAT and peer-to-peer networks.

Chap. 6 is still about the transport layer, but here, too, some changes have occurred. Among these is an example of socket programming. A one-page client and a one-page server are given in C and discussed. These programs, available on the book's Web site, can be compiled and run. Together they provide a primitive remote file or Web server available for experimentation. Other new topics include remote procedure call, RTP, and transaction/TCP.

Chap. 7, on the application layer, has been more sharply focused. After a short introduction to DNS, the rest of the chapter deals with just three topics: e-mail, the Web, and multimedia. But each topic is treated in great detail. The discussion of how the Web works is now over 60 pages, covering a vast array of topics, including static and dynamic Web pages, HTTP, CGI scripts, content delivery networks, cookies, and Web caching. Material is also present on how modern Web pages are written, including brief introductions to XML, XSL, XHTML, PHP, and more, all with examples that can be tested. The wireless Web is also discussed, focusing on i-mode and WAP. The multimedia material now includes MP3, streaming audio, Internet radio, and voice over IP.

Security has become so important that it has now been expanded to a complete chapter of over 100 pages.

It covers both the principles of security (symmetric- and public-key algorithms, digital signatures, and X.509 certificates) and the applications of these principles (authentication, e-mail security, and Web security). The chapter is both broad (ranging from quantum cryptography to government censorship) and deep (e.g., how SHA-1 works in detail).

Chapter 9 contains an all-new list of suggested readings and a comprehensive bibliography of over 350 citations to the current literature. Over 200 of these are to papers and books written in 2000 or later.

To help instructors using this book as a text for a course, the author has prepared various teaching aids, including

The solutions manual is available directly from Prentice Hall (but only to instructors, not to students). All the other material is on the book's website.