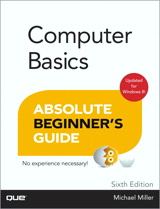 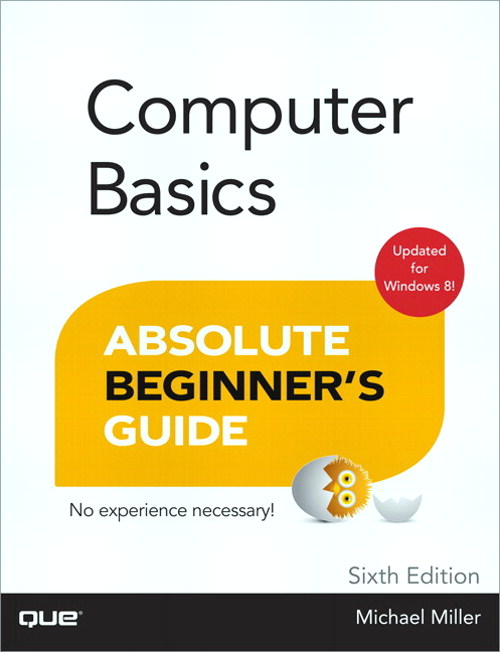 This year, millions of casual computer users will buy new Windows 8 mobile devices, notebooks, and desktop PCs. They'll want to know how to find their way around, get comfortable, and get the job done - without jargon, complexity, or hassle. There's a book for them: Michael Miller's Absolute Beginner's Guide to Computer Basics, Windows 8 Edition. It's the one book that covers everything today's beginners and near-beginners need to know: not just about Windows, but also about software, hardware, and the Internet. Through 100+ books, author Michael Miller has established an unparalleled track record in explaining complicated concepts simply and clearly, and empowering beginners. Now, he's thoroughly updated his best-selling Absolute Beginner's Guide to Computer Basics to cover today's user experience - with Windows 8, Internet Explorer 8, and today's hottest online tools, from craigslist and Facebook to Twitter, Wikipedia, and Google Docs. The latest edition of Absolute Beginner's Guide to Computer Basics is updated with coverage of Windows 8, which introduces the totally new Metro user interface. Given Metro's genesis as a mobile interface, and Microsoft's push towards a new breed of touchscreen computing devices, this new edition will include more hardware coverage than previous editions. In addition, this book will cover Windows 8's new Metro interface in depth, as well as feature increased coverage of social networking and cloud computing applications.

Part I: Getting Started

Part II. Keeping Your System Up and Running

Modernizing the Datacenter with Windows Server and Hybrid Cloud

Modernizing the Datacenter with Windows Server and Hybrid Cloud