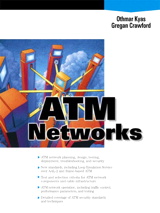 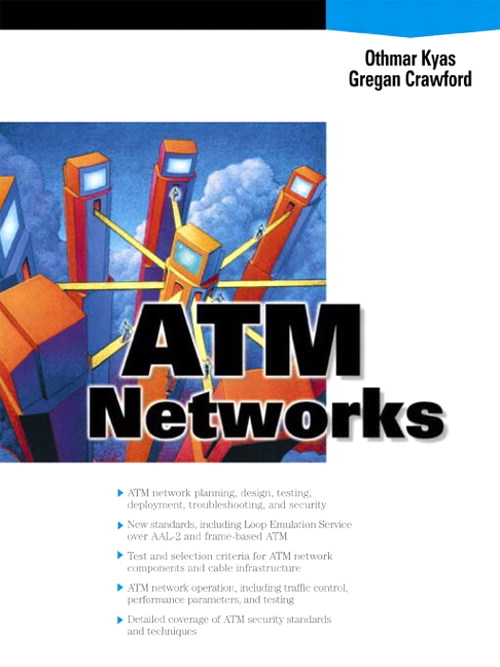 The complete, up-to-date ATM guide for every network planner, designer, implementer, and manager.

Despite the arrival of Packet over SONET/SDH, one technology is at the heart of today's most important broadband and wireless networks: ATM. ATM Networks combines a complete and authoritative description of ATM standards with practical solutions for the key challenges facing ATM network implementers and managers. Clear, concise, and fully up to date, it covers every element and variant of current ATM networks, offering specific best practices for design, testing, deployment, troubleshooting, and security. Coverage includes:


I. ATM: AN INTRODUCTION.

5. The Structure of ATM.

7. The ATM Protocol: The ATM Layer.

Over the past decade ATM has become one of the most widely deployed transport technologies for communication networks. With its flexible architecture it is capable of providing the broad variety of transmission properties that modern multiservice networks require. New, advanced service offerings such as third generation (3G) telephony or DSL are built on ATM, expanding its reach from communication backbones out to millions of users. ATM is the most powerful communication transport mechanism, and it is the most complex one at the same time.