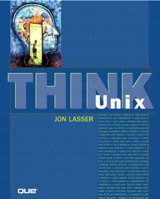 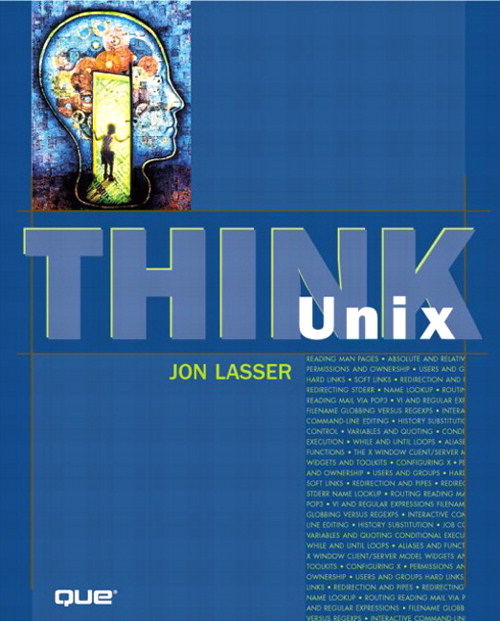 Unix has a reputation for being cryptic and difficult to learn, but it doesn't need to be that way. Think Unix takes an analogous approach to that of a grammar book. Rather than teaching individual words or phrases like most books, Think Unix teaches the set of logical structures to be learned. Myriad examples help you learn individual commands, and practice problems at the end of difficult sections help you learn the practical side of Unix. Strong attention is paid to learning how to read "man pages," the standard documentation on all Unix systems, including Linux. While most books simply tell you that man pages exist and spend some time teaching how to use the man command, none spend any significant amount of space teaching how to use the content of the man pages. Even if you are lost at the Unix command prompt, you can learn subsystems that are specific to the Unix flavor.

Leave it to the Robots: Automating Linux Systems Administration


A Broad Overview of Networking. Talking with Other Machines. Using Machines Remotely.

A. Answers to Practice Problems.
B. Glossary and References.
Index.


I wish to thank Andy Johnston for talking with me about how to write an intro to Unix book, not an intro to a Unix book, as the acknowledgements state.
Page vi, Acknowledgements
The final two paragraphs were left out of the acknowledgements. They read as follows:
Thanks to all of my co-workers at UMBC, for tolerating week-long absences throughout this book, for general support, and for always pushing me to deepen my own Unix knowledge.
Finally, thanks to the Tuesday night crew at The Brewer's Art and the Thursday Night Bolton Hill Walkers' Patrol, for helping to keep me sane.
Page 17
The numeral six in the first paragraph should be superscripted, as it's a reference to the footnote at the bottom of the page.
Page 31
In the second example, there should be no blank line between 'Wang Bi' and 'Socrates'
Page 38
In the third paragraph from the bottom, 'This is little more useful' should read 'This is a little more useful.'
Page 39
In the first paragraph, 'mv arc/t*.txt' should be 'mv arc/t*.txt .' Failure to put that dot in the right place would overwrite whatever file was last in the list expanded from arc/t*.txt.
Page 41
Footnote 15 is referenced, but appears on page 42 instead.
Page 42
Footnote 15 appears, but was referenced on page 41 instead.
Page 43
In the second paragraph from the bottom, excluding the example, the first 'e' in 'execute' is italicized in error.
Page 44
In the setuid directory listing in the middle of the page, the '-rwsr-xr-x' should be joined with the following line of that listing.
Page 46
In the second paragraph from the bottom, the numerals representing user, group, and other permissions are read from left to right, rather than from right to left.
Page 49
In the third paragraph, I refer to 'my mydocs/unixbook/proposal' directory, when I should refer only to 'my docs/unixbook/proposal' directory.
Page 56
In the third paragraph from the bottom, I write that 'It's all right if a CPU takes up nearly 100%' of CPU time, when it should read that it's all right if a process takes up nearly 100% of CPU time.
Page 57
In the fourth paragraph, the r in compiler is not italicized along with the rest of the word; the whole word should be in italics.
Similarly, the trailing 'e' in 'machine code' in the fifth paragraph should be italicized too.
Page 74
A series of typos in the second sentence of first paragraph of the new section renders it rather unintelligible. This sentence should read:

The second sentence on the page should begin 'More important,' rather than 'More importantly.'
Page 95
In the header for the new section, the digit three in 'POP3' should not be subscripted.
Page 115
In the last paragraph of the page, all single quotes should be back quotes: d'a should be d`a, y'c should be y`c, and c'x should be c`x.
Page 123
Several different carat (^) characters are used on this page. They should all be identical. (Which one? It doesn't matter, really. Ideally they should look like what shows up on your screen when you hit shift-6 using a US-English keyboard.)
The last word in the fourth paragraph from the bottom is 'regexps,' not 'regsxp.'
The last sentence in the third paragraph from the bottom is incorrect. It should read:

In the last paragraph, regular expressions are not bolded consistently. Imagine all regular expressions on this page being bolded consistently. It would sure look nicer, wouldn't it? It might be easier to read, too.
Page 128
In the last paragraph above the practice problems, the word 'buffer' has been appended to the end of the last sentence for no good reason whatsoever.
In practice problem 16, you should replace any three consecutive digits with a single instance of the word know.
Page 154
In the second paragraph, there's a stray æ character at the end of SIGWINCH. It doesn't belong there.
Page 162
In the first paragraph following the example, '/bin/ksh' should be on a single line, rather than its current state, wherein the first forward slash is on the line above the rest of the file name.
Page 164
The last line of the first example should read:
Page 171
The section header should read &&, ||, and !, not &&, ??, and !
Page 173
In the first line, 'list commands to be done' should read 'list of commands to be done.'
Page 180
The third line of the example should read
Page 182
The third line from the bottom of the page should read as follows:
Page 187
In the second paragraph, the grouping commands each have an extra closing character at the end; that is, they should read ( cd /etc ; grep my-regexp * ; cd * ) 2> /dev/null and { cd /etc ; grep my-regexp * ; cd * } 2> /dev/null.
In the third paragraph, the find statement should be surrounded by back quotes rathe