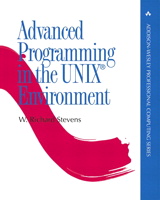 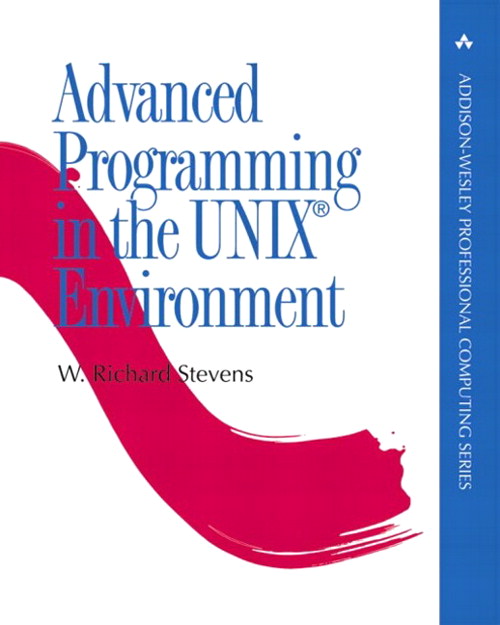 If you are an experienced C programmer with a working knowledge of UNIX, you cannot afford to be without this up-to-date tutorial on the system call interface and the most important functions found in the ANSI C library. Rich Stevens describes more than 200 system calls and functions; since he believes the best way to learn code is to read code, a brief example accompanies each description.

Building upon information presented in the first 15 chapters, the author offers chapter-long examples teaching you how to create a database library, a PostScript printer driver, a modem dialer, and a program that runs other programs under a pseudo terminal. To make your analysis and understanding of this code even easier, and to allow you to modify it, all of the code in the book is available via UUNET.

A 20-page appendix provides detailed function prototypes for all the UNIX, POSIX, and ANSI C functions that are described in the book, and lists the page on which each prototype function is described in detail. Additional tables throughout the text and a thorough index make Advanced Programming in the UNIX Environment an invaluable reference tool that all UNIX programmers - beginners to experts - will want on their bookshelves.

Advanced Programming in the UNIX Environment is applicable to all major UNIX releases, especially System V Release 4 and the latest release of 4.3BSD, including 386BSD. These real-world implementations allow you to more clearly understand the status of the current and future standards, including IEEE POSIX and XPG3.

(Each chapter begins with an Introduction and concludes with a Summary.)

7. The Environment of a Unix Process.

17. Communicating with a PostScript Printer.

This book describes the programming interface to the Unix system - the system call interface and many of the functions provided in the standard C library. It is intended for anyone writing programs that run under Unix.

Like most operating systems, Unix provides numerous services to the programs that are running - open a file, read a file, start a new program, allocate a region of memory, get the current time-of-day, and so on. This has been termed the system call interface. Additionally, the standard C library provides numerous functions that are used by almost every C program (format a variable's value for output, compare two strings, etc.).

The proliferation of different versions of Unix during the 1980s has been tempered by the various international standards that were started during the late 1980s. These include the ANSI standard for the C programming language, the IEEE POSIX family (still being developed), and the X/Open portability guide.

This book also describes these standards. But instead of just describing the standards by themselves, we describe them in relation to popular implementations of the standards - System V Release 4 and the forthcoming 4.4BSD. This provides a real-world description, which is often lacking from the standard itself and from books that describe only the standard.

Examples in the Text

This book contains many examples - approximately 10,000 lines of source code. All the examples are in the C programming language. Furthermore, these examples are in ANSI C. You should have a copy of the Unix Programmer's Manual for your system handy while reading this book, since reference is made to it for some of the more esoteric and implementation-dependent features.

All the examples have been included in the text directly from their source files. A machine-readable copy of all the examples is available via anonymous FTP from the Internet host ftp.uu.net in the file published/books/stevens.advprog.tar.Z. Obtaining the source code allows you to modify the programs from this text and experiment with them on your system.

Systems Used to Test the Examples

Unfortunately all operating systems are moving targets. Unix is no exception. The following diagram shows the recent evolution of the various versions of System V and 4.xBSD.

4.xBSD are the various systems from the Computer Systems Research Group at the University of California at Berkeley. This group also distributes the BSD Net 1 and BSD Net 2 releases - publicly available source code from the 4.xBSD systems. SVRx refers to System V Release x from AT&T. XPG3 is the X/Open Portability Guide, Issue 3, and ANSI C is the ANSI standard for the C programming language. POSIX.1 is the IEEE and ISO standard for the interface to a Unix-like system. We'll have more to say about these different standards and the various versions of Unix in Sections 2.2 and 2.3.

In this text we use the term 4.3+BSD to refer to the Unix system from Berkeley that is somewhere between the BSD Net 2 release and 4.4BSD.

At the time of this writing, 4.4BSD was not released, so the system could not be called 4.4BSD. Nevertheless a simple name was needed to refer to this system and 4.3+BSD is used throughout the text.

Most of the examples in this text have been run on four different versions of Unix:Numerous timing tests are provided in the text and the systems used for the test are identified.

Once again I am indebted to my family for their love, support, and many lost weekends over the past year and a half. Writing a book is, in many ways, a family affair. Thank you Sally, Bill, Ellen, and David.

I am especially grateful to Brian Kernighan for his help in the book. His numerous thorough reviews of the entire manuscript and his gentle prodding for better prose hopefully show in the final result. Steve Rago was also a great resource, both in reviewing the entire manuscript and answering many questions about the details and history of System V. My thanks to the other technical reviewers used by Addison-Wesley, who provided valuable comments on various portions of the manuscript: Maury Bach, Mark Ellis, Jeff Gitlin, Peter Honeyman, John Linderman, Doug McIlroy, Evi Nemeth, Craig Partridge, Dave Presotto, Gary Wilson, and Gary Wright.

Other friends have helped in many small, but significant ways over the past few years: Paul Lucchina, Joe Godsil, Jim Hogue, Ed Tankus, and Gary Wright. My editor at Addison-Wesley, John Wait, has been a great friend through it all. He never complained when the due date slipped and the page count kept increasing. A special thanks to the National Optical Astronomy Observatories (NOAO), especially Sidney Wolff, Richard Wolff, and Steve Grandi, for providing computer time.

Real Unix books are written using troff and this book follows that time-honored tradition. Camera-ready copy of the book was produced by the author using the groff package written by James Clark. Many thanks to James Clark for providing this excellent system and for his rapid response to bug fixes. Perhaps someday I will really understand troff footer traps.

I welcome electronic mail from any readers with comments, suggestions, or bug fixes: rstevens@kohala.com.