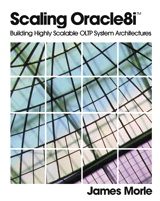 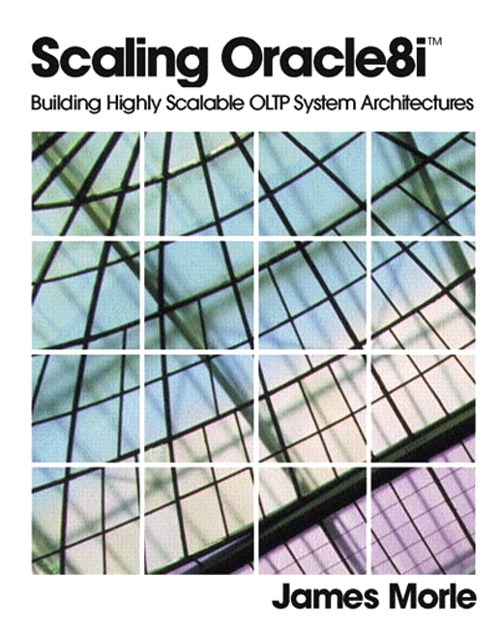 This is the complete, expert guide to building enterprise-class UNIX-based Oracle OLTP systems that deliver maximum performance and scalability. In Scaling Oracle 8i, one of the world's leading Oracle consultants introduces today's best methods and technologies for building industrial-strength Oracle database systems on UNIX platforms. Understand exactly what scalability means in the enterprise; then discover how to deliver it, step-by-step, from the ground up, through design, testing, construction, maintenance, benchmarking, and ongoing management. Morle covers every component that impacts performance, including hashing, caching, hardware architecture and I/O subsystems, Oracle database objects, data storage, memory structures, and a detailed review of the Oracle Parallel Server. Readers will find comprehensive coverage of tuning the underlying UNIX platform to improve OLTP response times; including co-engineering the kernel; working with virtual memory, I/O, interprocess communication; and more. Scaling Oracle 8i contains a full chapter on the special issues associated with e-commerce, as well as a detailed case study drawn from one of the world's largest car rental reservations systems. For all enterprise system architects, database engineers, and application developers working with Oracle.


I. CONCEPTS AND ARCHITECTURE.

Waiting on Latches and Locks.

What Are Linked Lists Used For?


Why Develop a Benchmark?

What Are We Simulating?

Careful with Those Assumptions, Eugene.

When the Application Has Not Been Written.

If the Application Exists: Trap and Emulate All SQL Calls.

Using Tracefiles to Generate a Simulation: An Introduction to dbaman.

Simpler Methods for Use with dbaman.

Make It Easy to Run.

A Benchmark Is Never Perfect.

Measure the Impact of the Inaccuracies.

Go Easy on the System.

Structure of the V$ Views.

Parsing and Executing the SQL.

Pulling it Together with a Main Loop.

What Is a "Flight Envelope"?

How Do I Define a Flight Envelope for the System?

Operation of the Buffer Cache.


What Is a Kernel?

Implications of fork() and exec().

Everything Is a File.

This is a book about getting the most out of Oracle8i on UNIX systems. While many people understand how to administrate Oracle and UNIX, far fewer understand the issues and workings of the software and hardware, thus limiting the scalability of the system. This book aims to open up this essential information, enabling the reader to build faster, larger, and more scalable systems than ever before.

The purpose of this book is to provide grounding in all the areas required for large systems implementation using UNIX and Oracle8i. Some of the information in this text is available elsewhere, scattered throughout a large number of specialized volumes, while other information, taken from experience in implementing such systems, is previously undocumented. Unlike many Oracle books, this book avoids the "one size fits all," cookbook approach to improving the skillset of the reader. In my opinion, such books do little to improve foundation skills and serve only to confuse readers when their circumstances deviate from those of the author. Rather, the intent of this book is to communicate a distillation of many years of experience in building very large Oracle database systems. The information presented here allows the reader to make informed decisions, based on real facts, that directly apply to the actual case at hand. Where appropriate, this book will make recommendations to the reader, mostly from an approach standpoint. These recommendations are intended to guide the reader past some of the common pitfalls often encountered during the building of large systems. In addition to technical information, the book also makes organizational and procedural recommendations intended to help the reader avoid dead ends and other sources of aggravation. Although the focus of this book is on Oracle8i, the principles presented also apply to other database software. UNIX is the premier platform for very large Oracle systems and is therefore presented as the underlying operating system, although many of the hardware and theoretical discussions also apply to other operating systems, such as Windows NT. Large, custom-written applications are the main target of this book, but all of the concepts presented here also apply in varying degrees to smaller systems and packaged applications. Who Should Read This Book
This book is primarily aimed at the following audiences. In addition, this book will be of value to the following audiences.

Database systems are growing at an enormous rate. Both connection volume and data volume have grown exponentially since the large-scale adoption of open systems and of commodity database server software such as Oracle. These systems are now matching and exceeding the capabilities previously demonstrated only by mainframe systems.