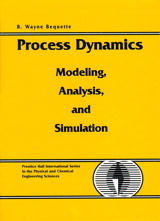 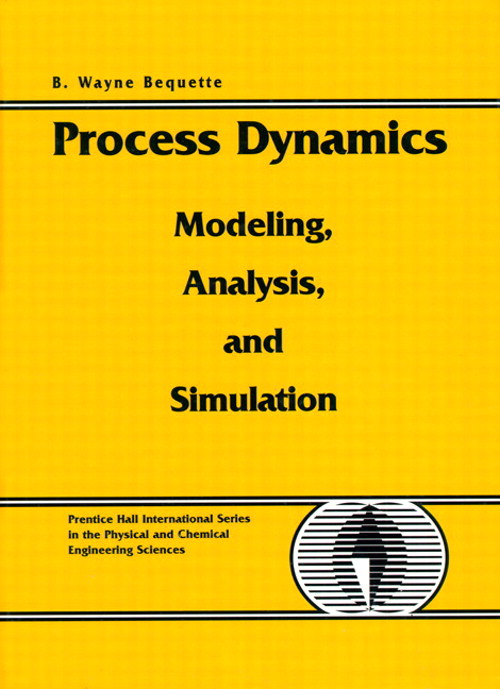 Modeling, analysis and simulation of chemical processes is increasingly central to the work of chemical engineers -- but it is rarely covered in depth in process design guides. This book fills that gap. It is a comprehensive introduction to process modeling and dynamics using the powerful MATLAB and SIMULINK analysis tools.KEY TOPICS:Start by understanding the rationale for process modeling, and why it is becoming so critically important. Then, review all the fundamental numerical techniques involved, including algebraic equations and numerical integration. Walk through linear systems analysis in detail, learning how to linearize non-linear models, solve linear nth Order ODE models, work with Laplace transforms and transfer function analysis, and much more. Finally, learn how to use today's increasingly-important non-linear techniques, such as phase plane analysis, quadratic maps bifurcation behavior, and analysis of chaotic behavior via Lorenz equations.MARKET:For all chemical engineers, from Ph.D. professionals to non-degreed technicians and students.

7. An Introduction to Laplace Transforms.

14. Introduction Nonlinear Dynamics: A Case Study of the Quadratic Map.

17. Introduction to Chaos: The Lorenz Equations.

An understanding of the dynamic behavior of chemical processes is important from both process design and process control perspectives. It is easy to design a chemical process, based on steady-state considerations, which is practically uncontrollable when the process dynamics are considered. The current status of computational hardware and software has made it easy to interactively simulate the dynamic behavior of chemical processes. It is common for process dynamics to be included as the introductory portion of a process control textbook, however, there are a number of limitations to this approach. Since the emphasis of most of the textbooks is on process control, there is too little space to give adequate depth to modeling, analysis, and simulation of dynamic systems. The focus tends to be on transfer function-based models that are used for control system design. The prime motivation for my textbook is then to provide a more comprehensive treatment of process dynamics, including modeling, analysis, and simulation. This textbook evolved from notes developed for a course on dynamic systems that I have been teaching at Rensselaer since 1991. We have been fortunate to have a two-semester sequence in dynamics and control, allowing more depth to the coverage of each topic. Topics covered here that are not covered in a traditional text include nonlinear dynamics and the use of MATLAB for numerical analysis and simulation. Also, a significant portion of the text consists of review and learning modules. Each learning module provides model development, steady-state solutions, nonlinear dynamic results, linearization, state space and transfer function analysis and simulation. The motivation for this approach is to allow the student to "tie-together" all of the concepts, rather than treating them independently (and not understanding the connections between the different methods).


An important feature of this text is the use of MATLAB software. A set of m-files used in many of the examples and in the learning modules is available via the world wide web at the following locations:


http:/www/rpi.edu/-bequeb/Process_Dynamics http:/www.mathworks.com/education/thirdparty.html Additional learning modules will also be available at the RPI location.


A few acknowledgments are in order. A special thanks to Professor Jim Turpin at the University of Arkansas, who taught me the introductory course in process dynamics and control. His love of teaching should be an inspiration to us all. Many thanks to one of my graduate students, Lou Russo, who not only made a number of suggestions to improve the text, but also sparked an interest in many of the undergraduates that have taken the course. The task of developing a solutions manual has been carried out by Venkatesh Natarajan, Brian Aufderheide, Ramesh Rao, Vinay Prasad, and Kevin Schott. Preliminary drafts of many chapters were developed over cappuccinos at the Daily Grind in Albany and Troy. Bass Ale served at the El Dorado in Troy promoted discussions about teaching (and other somewhat unrelated topics) with my graduate students; the effect of the many Buffalo wings is still unclear. Final revisions to the textbook were done under the influence of cappuccinos at Cafe Avanti in Chicago (while there is a lot of effort in developing interactive classroom environments at Rensselaer, my ideal study environment looks much like a coffee shop).


Teaching and learning should be dynamic processes. I would appreciate any comments and suggestions that you have on this textbook. I will use the WWW site to provide updated examples, additional problems with solutions, and suggestions for teaching and studying process dynamics.