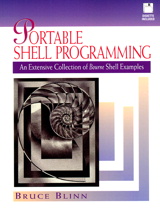 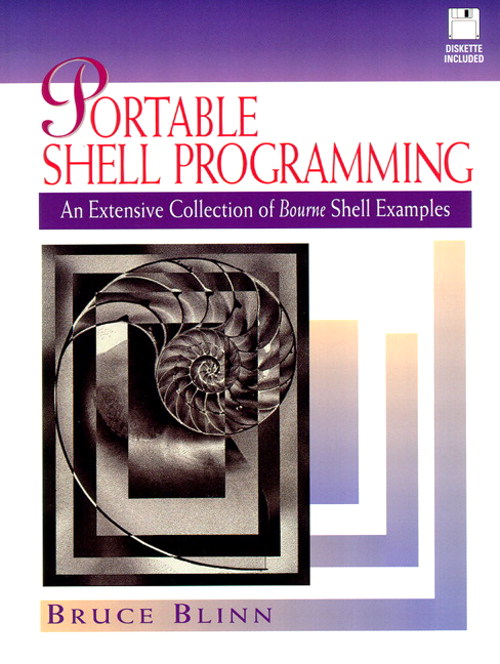 
Appendix A. Comparison of UNIX Shells.

The most frequently asked question in shell programming is:

Where can I find examples of shell scripts?

Most engineers find that the easiest way to learn shell programming is to learn from the examples of others. Similarly, the easiest way to write a shell script is to use an existing shell script as a template. This stems from the fact that there are innumerable commands and techniques that can be used to solve any particular problem. Seeing an example helps you sift through the chaff to get to a solution quickly. Oftentimes shell programming is used to solve a short-term problem, and, therefore, it is important to get something working quickly; the task might not be worth doing if it requires a significant amount of learning or trial and error to come up with a solution.

Seeing examples also helps you to remember the peculiarities of the shell syntax and the idiosyncrasies of the UNIX commands. Since writing shell scripts is not an everyday task for most engineers, it is easy to forget those infrequently used details. It is usually easier to modify a shell script that contains many of the ideas that you need than it is to develop a new shell script from scratch.

Shell programming is too useful to avoid simply because you find the syntax difficult to remember or the number of UNIX commands overwhelming. Besides executing simple commands such as echo, date, cp, and so forth, the shell defines a command language e that allows you to combine commands into complex shell scripts. The shell supports variables, control flow statements (such as if, while, and for), functions, parameter passing, and even interrupt handling. Coupling the capabilities of the shell with the wide variety of commands available on UNIX, very powerful shell scripts can be written in just a few lines. In addition, since the shell is an interpretive language, there is no compiling or linking to worry about. You can create simple and powerful shell scripts in just a few minutes.

When I first began to write shell scripts, I found it difficult to find useful examples of shell scripts, and when I did find them, they were often difficult to understand. To this end, I believe it is useful to have a reference of relevant, well-doc umented examples, which is what I have tried to provide in this book. I have also tried to provide enough variety in the examples and their explanations that you will become familiar with many of the common practices used in writing shell scripts, an d, therefore, it will be easier for you to understand the code in other shell scripts that you find. This is not a book on how to use UNIX, as most books on shell programming are. This book is intended for people who are already familiar with UNIX and, for one reason or another, have decided to write a shell script. This book is intended for people who already know what an if statement is, but they do not know or cannot remember how an if statement is implemented in the shell. If they could just see an example, they would be off and programming. The examples in this book cover everything from simple shell statements to complex shell scripts, and unlike most books on shell programming, this book contains examples that you are likely to use.

This book is intended to be useful as a reference book. The style of presentation is straightforward. Each topic is self-contained, which allows you to skip directly to the information that you are interested in. This book provides an extensive collection of examples that are organized and indexed so that you have a ready reference to a wide variety of shell programming tasks. If you choose to read the book from cover to cover, you will be exposed to a variety of techniques and practices that would normally take you years to discover.

When reading this book, it is important to remember that there are many ways to perform most tasks on UNIX systems. I have chosen implementations for the examples in this book that are easy to understand, but not necessarily the most efficient solution on, or in some other way, the most desirable solution. I will sometimes comment on alternatives, but for the most part, I leave it up to you to determine when an example from this book should be altered for your particular situation.

There is no warranty of any kind on the examples in this book. I have tested each example on several different UNIX systems, but because of the wide variety of UNIX systems and configurations available, it is possible that some examples will not work exactly as I have indicated. I welcome any comments that you might have about the content of this book, including problems with examples and suggestions for improvements.

The first four chapters in this book describe the syntax of the Bourne shell.

Chapter 2, Shell Variables, continues the presentation of shell syntax. It describes how to assign values to variables, how to retrieve those values, variable initialization techniques, and variables that are built into the shell.

Chapter 3, Shell Functions and Built-in Commands, presents the syntax for shell functions and discusses techniques for using them. This chapter also lists the commands that are built into the shell and gives a brief description of each one.

Chapter 5, The Environment, describes the process environment and how it affects shell scripts. This chapter discusses how parent and child processes can affect each other, how signals can be used in shell scripts, and it presents a variety of examples on how to execute commands on remote systems.

Chapter 6, Parsing Command Line Parameters, explains the conventions used to pass parameters to shell scripts and presents examples of common techniques that are used to parse the command line parameters.

Chapter 7, Using Filters, explains what a filter is, how to write one, and how they are used. This chapter contains many examples of filters that can be used to process text files.

Chapter 8, Shell Utilities, has examples of how to perform many common tasks that are frequently used in larger shell scripts. This chapter covers such things as doing arithmetic, manipulating strings, manipulating files and directories, asking questions, presenting output, and much more.

Chapter 10, Examples of Shell Scripts, has examples of complete shell scripts. Each example is complete with comments and demonstrates good shell programming practices. Each shell script in this chapter contains a line-by-line explanation describing exactly how the shell script works

Chapter 11, Debugging, describes the debugging options in the shell and other techniques that are useful for debugging shell scripts. This chapter also describes a variety of common problems and unusual coding styles that can lead to errors.

Chapter 12, Portability, explains the most common issues surrounding the portability of shell scripts and how to avoid portability problems. This chapter also discusses some of the portability issues that arise with specific UNIX commands.

Chapter 13, Common Questions and Problems, is structured as a question and answer discussion. It explains many of the problems that inexperienced users are likely to encounter, and it answers many of the questions they are likely to ask.

Appendix A, Comparison of UNIX Shells, provides a brief description of each of the major shells available on UNIX systems

Appendix B, Syntax Summary, is a complete but brief summary of the syntax of the Bourne shell.

Text in italics is used to indicate text that should be replaced with an appropriate value rather than entering the text literally as it is shown.

cp file1 file2 ... target
Nonprinting characters are represented by the name of the character in italics and surrounded by angle brackets. This notation is only used where the additional clarity is necessary.