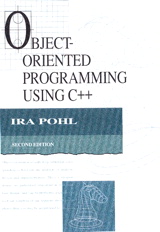 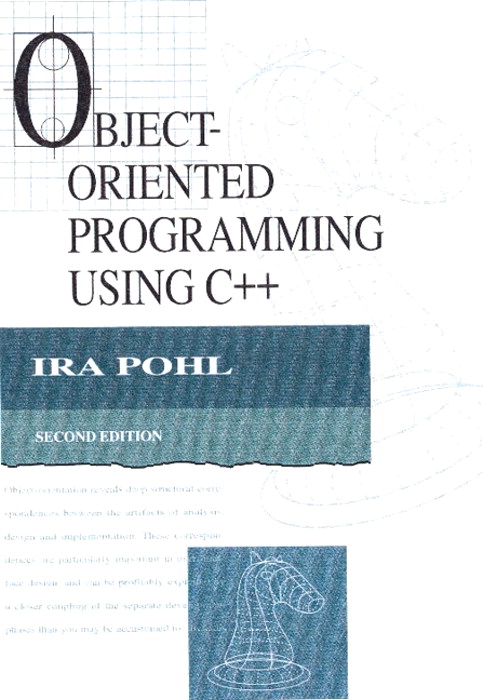 This book by best-selling C and C&#43;&#43; author Ira Pohl providesa clear and thorough introduction to object-orientedprogramming using C&#43;&#43;. The book focuses on ADTs andpolymorphism as the keys to understanding the OOP paradigm.Each chapter shows how specific language features of C&#43;&#43;support object-oriented programming concepts, and examinescritical design choices and trade-offs. The up-to-datecoverage, based on the ANSI proposal, includes parameterizedtypes, exception handling, templates, iterator abstraction,and the use of iostream.h. Extensive exercises, many designedto be completed while reading the text, help the readerunderstand the concepts and make the book ideal for self-paced study.

Object-Oriented Programming Using C++, Second Editionprovides the experienced programmer with a clear and thorough introduction tothe object-oriented paradigm using ANSI C++. Each chapter introduces you tospecific C++ language features that support object-oriented programmingconcepts, including the most recent additions to the language such as STL,namespaces, RTTI, and the bool type. Best-selling author and C++ authority,Ira Pohl, employs his trademark approach of "dissection" todemonstrate key programming elements and idioms and to teach you how toevaluate tradeoffs and make critical design choices.

Click below for Source Code related to this title:
opus2e.tar.Z

1. Why Object-Oriented Programming in C++.

The Use of VOID.

The Relationship Between Arrays and Pointers.

4. Implementing ADTs in the Base Language.

Members That Are Class Types.

The Philosophy of Error Recovery.

This book is intended as an introduction to object-oriented programming(OOP) using ANSI C++ for the reader or student who already has programmingexperience. It explains C++ features in the context of OOP.

C++ has had many recent additions including STL, namespaces, RTTI, and thebool type. These can be used readily by someone already proficient in basicC++, but most books have yet to treat these topics. This book can provide ahandy guide to these new constructs.

The examples both within the book, and accessible at Addison-Wesley's website are intended to exhibit good programming style. The Addison-Wesley website, www.aw.com for this book contains the programs in the book as well asadjunct programs that illustrate points made in the book, or that flesh outshort pieces of programs. The programs available at the web site areintroduced by their .cpp or .h names.

C++, invented at Bell Labs by Bjarne Stroustrup in the mid-1980s, is apowerful modern successor language to C. C++ adds to C the concept ofclass, a mechanism for providing user-defined types also calledabstract data types. It supports object-oriented programming by thesemeans and by providing inheritance and run-time type binding.

By carefully developing working C++ programs, using the method ofdissection, this book presents a simple and thorough introduction to theprogramming process in C++. Dissection is a technique for explaining newelements in a program that the student is seeing for the first time. Ithighlights key points in the many examples of working code that are used toteach by example.

This book is intended for use in a first course in programming in C++. Itcan be used as a supplementary text in an advanced programming course, datastructures course, software methodology course, comparative language course,or other courses where the instructor wants C++ to be the language of choice.Each chapter presents a number of carefully explained programs. Many programsand functions are dissected.

All the major pieces of code were tested. A consistent and proper codingstyle is adopted from the beginning. The style standard used is one chosen byprofessionals in the C++ community.

In conjunction with A Book on C, Third Edition by Al Kelley and IraPohl (Addison Wesley Longman, 1995), an integrated treatment of the Cand C++ programming languages and their use are presented which are notavailable elsewhere. For the beginner, a simpler introduction to the Clanguage is C by Dissection: The Essentials of C Programming, ThirdEdition by Al Kelley and Ira Pohl (Addison Wesley Longman, 1995).

Object-Oriented Concept: Explains how an object-orientedprogramming concept is supported by a language feature.

Dissections: A program particularly illustrative of thechapter's themes is analyzed by dissection. Dissection is similar to astructured walk-through of the code. Its intention is to explain to the readernewly encountered programming elements and idioms.

Exercises: The exercises test the student's knowledge ofthe language. Many exercises are intended to be done interactively whilereading the text. This encourages self-paced instruction by the reader. Theexercises also frequently extend the reader's knowledge to an advanced area ofuse.

Object-Oriented Programming. Object-Orientation isstressed throughout. Chapter 1, "Why Object-Oriented Programming in C++?,"provides an introduction to C++'s use as an object-oriented programminglanguage. Chapter 2, "Native Types and Statements," shows data types,expressions, and simple statements. Chapter 3, "Functions and Pointers,"continues with similarities between functions and complex data types. The middle chapters show how classes work. Classes are the basis for abstract datatypes and object-oriented programming. The last few chapters give advanceddetails of the use of inheritance, templates, and exceptions. Chapter 12, "OOPUsing C++," discusses OOP and the Platonic programming philosophy. Thisbook develops in the programmer an appreciation of this point of view. At anypoint in the text the programmer can stop and use the new material.

Teaching by Example. This book is a tutorial that stressesexamples of working code. From the start the student is introduced to fullworking programs. An interactive environment is assumed. Exercises areintegrated with the examples to encourage experimentation. Excessive detail isavoided in explaining the larger elements of writing working code. Eachchapter has several important example programs. Major elements of theseprograms are explained by dissection.

Data Structures in C++. The text emphasizes many of thestandard data structures from computer science. Stacks, safe arrays,dynamically allocated multidimensional arrays, lists, trees, and strings areall implemented. Exercises extend the student's understanding of how toimplement and use these structures. Implementation is consistent with anabstract data type approach to software.

Standard Template Library (STL). STL is explained and usedin Chapter 9, "Templates, Generic Programming, and STL." Many of the datastructure examples foreshadow its explanation and use. There is a strongemphasis on the template mechanism required for STL and the iterator idiomthat STL exploits.

ANSI C++ language and iostream.h. For an existing,widely used language, C++ continues to change at a rapid pace. This book isbased on the most recent standard: the ANSI C++ Committee language documents.A succinct informal language reference is provided in Appendix C, "LanguageGuide." Chief additions include templates and exception handling. The examplesuse the iostream.h I/O library. This has replaced stdio.h usedin the C community. Use of the iostream.h library is described inAppendix D, "Input/Output."

Reference Value in Appendices. There is an easilyaccessible informal language reference appendix: Appendix C, "Language Guide."Though this is not official, it specifies the language definition in a tersemanner. There is also an appendix on the key I/O libraries, iostream.hand stream.h: Appendix D, "Input/Output." A short guide to both thestring library and STL is given in Appendix E, "STL and StringLibraries."

Industry- and Course-Tested. It is the basis of manyon-site professional training courses given by the author, who has used itscontents to train professionals and students in various forums since 1986. Thevarious changes in the new edition are course-tested, and reflect considerableteaching and consulting experience by the author. The book is the basis for anextensive series of video training tapes and on-line courses. More informationon these courses is available at the author's web site at

The second edition was developed with the support of my editor J. CarterShanklin and editorial assistant Angela Buenning. Finally, I thank BjarneStroustrup for inventing such a powerful language and encouraging others tohelp teach it.

Click below for Errata related to this title:
Updates