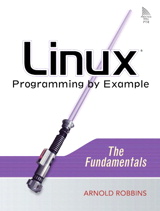 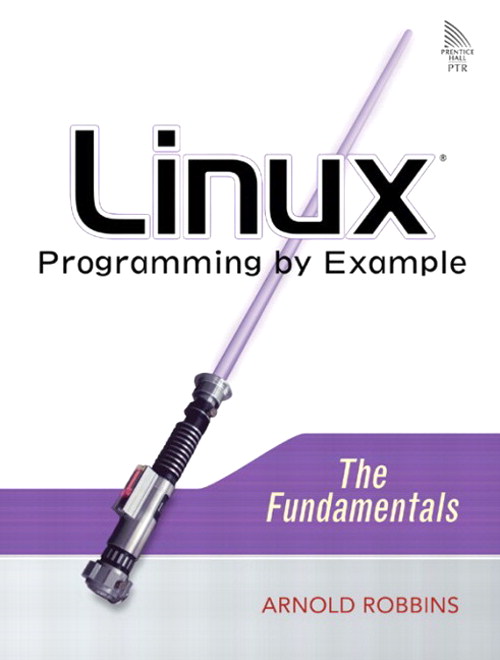 Linux Programming by Example: The Fundamentals

The perfect introduction to Linux programming fundamentals for developers new to Linux--ideal for Windows programmers making the switch!

° An example-driven introduction to the core Linux programming interfaces that EVERY Linux developer needs to master.

° Examples are "real-world," not canned, taken from the ACTUAL source code to popular GNU Linux programs.

° Written by the best-selling author of UNIX in a Nutshell and other popular O'Reilly books.

Linux Programming by Example introduces new Linux programmers to the core Linux programming interfaces in a gradual, consistent fashion, progressing intuitively from the basic to the more complex. It covers I/O, file metainformation, users and groups, processes, basic interprocess communication (pipes), general purpose APIs, signals, internationalization, and ends with a chapter on debugging Linux programs. Programmers know that the best way to learn about programming is to study well-written programs. This book teaches the fundamental Linux programming interfaces, those that form the core of any significant program, by presenting example code from real-world production programs that Linux users use every day. By looking at concrete programs, its possible not only to see how to use the Linux programming interfaces, but also to examine the real-world issues (performance, portability, robustness) that arise in writing Linux software. This book is the FIRST in a new series of books featuring Arnold Robbins as Series Editor. The books will all be branded "Linux Programming by Example" and cover programming topics for the new Linux programmer and Windows programmers making the switch.

Untitled Document Download the source code related to this title.

To facilitate your work with the "Suggested Reading" sections of the text, we are providing links to select books and online resources referenced throughout the book.

Arguments, Options, and the Environment

2. Arguments, Options, and the Environment

7. Putting It All Together: ls.


Locales and the C Library. Dynamic Translation of Program Messages. Can You Spell That For Me Please? Suggested Reading. Summary. Exercises.

Appendix A. Teach Yourself Programming in Ten Years.


Why is everyone in such a rush? Teach Yourself Programming in Ten Years. References. Answers. Footnotes.


How to Apply These Terms to Your New Programs.