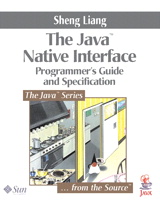 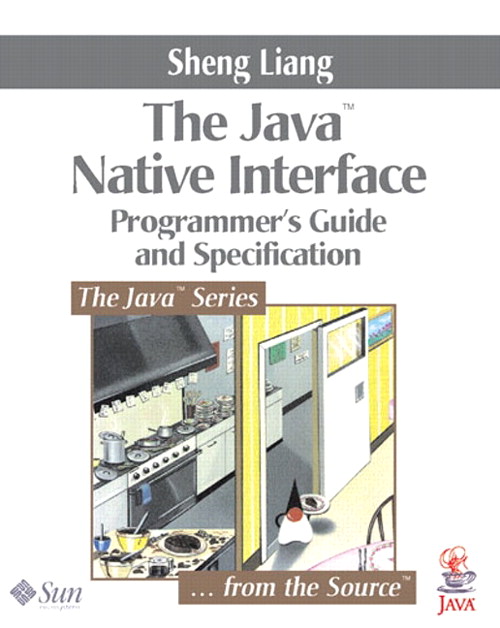 The Java Native Interface (JNI) enables the integration of code written in the Java programming language with code written in other languages such as C and C++. It allows programmers to take full advantage of the Java platform without having to abandon their investment in legacy code.

This book is the definitive resource and a comprehensive guide to working with the JNI. Entirely up-to-date, the book offers a tutorial, a detailed description of JNI features and programming techniques, JNI design justifications, and the official specification for all JNI types and functions.

You will find coverage of important topics such as:

An entire chapter is devoted to avoiding common traps and pitfalls. The book uses numerous examples to illustrate programming techniques that have proven to be effective.

I. INTRODUCTION AND TUTORIAL.


The Java Platform and Host Environment. Role of the JNI. Implications of Using the JNI. When to Use the JNI. Evolution of the JNI. Example Programs.

11. Overview of the JNI Design.

This book covers the Java(TM) Native Interface (JNI). It will be useful to you if you are interested in any of the following:

First and foremost, the book is written for developers. You will find easy steps to get started with the JNI, informative discussions on various JNI features, and helpful tips on how to use the JNI effectively. The JNI was initially released in early 1997. The book summarizes two years of collective experience gained by engineers at Sun Microsystems as well as the vast number of developers in the Java technology community.

Second, the book presents the design rationale of various JNI features. Not only is this of interest to the academic community, but a thorough understanding of the design is also a prerequisite to using the JNI effectively.

Send comments on this specification or questions about JNI to our electronic mail address: jni@java.sun.com. For the latest on the Java 2 platform, or to get the latest Java 2 SDK release, visit our web site at http://java.sun.com. For updated information about The Java(TM)Series, including errata for this book, and previews of forthcoming books, visit java.sun.com/Series.

The JNI technology would not have been developed and deployed without the management support of Dave Bowen, Larry Abrahams, Dick Neiss, Jon Kannegaard, and Alan Baratz. I received full support and encouragement to work on this book from my manager Dave Bowen.

Tim Lindholm, author of The Java(TM) Virtual Machine Specification, led the Java virtual machine development effort at the time when the JNI was being designed. Tim did pioneering work on the virtual machine and native interfaces, advocated the use of the JNI, and added rigor and clarity to this book. He also provided the initial sketch for this book's "kitchen and dining room" cover art design.

This book benefited from the help of many colleagues. Anand Palaniswamy wrote a portion of Chapter 10 on common traps and pitfalls. Janet Koenig carefully reviewed a preliminary draft and contributed many useful ideas. Beth Stearns wrote a draft of Chapter 2 based on the online JNI tutorial.

I received valuable comments on a draft of this book from Craig J. Bordelon, Michael Brundage, Mary Dageforde, Joshua Engel, and Elliott Hughes. Lisa Friendly, editor of The Java(TM) Series, was instrumental in getting this book written and published. Ken Arnold, author of The Java(TM) Programming Language, first suggested that a JNI book be written. I am indebted to Mike Hendrikson and Marina Lang at Addison-Wesley for their help and their patience throughout the process. Diane Freed oversaw the production process from copy editing to final printing.

In the past several years I have had the privilege of working with a group of talented and dedicated people in Java Software at Sun Microsystems, in particular members of the original, HotSpot, and Sun Labs virtual machine teams. This book is dedicated to them.