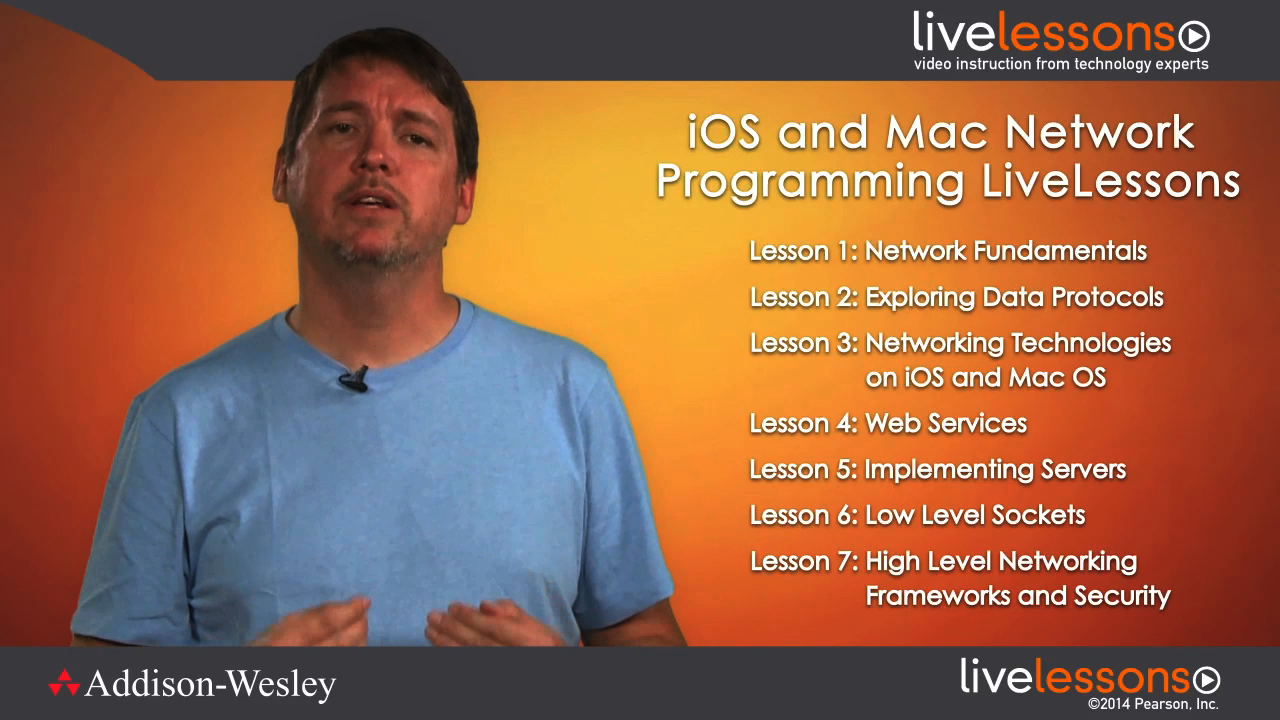 In this training course, DeVoe starts by explaining technologies fundamental to network programming, including packets, protocols, TCP, UDP, REST, and JSON. He then explains networking layers and shows the viewer some tools that can be used to see and interpret networking traffic. The video then builds on this fundamental training by covering more specific iOS and Mac OS network programming topics, including how to work with NSURLRequest, NSURLConnection, and NSURLSessionTask. The video then moves on to covering key networking frameworks and security topics.

What You Will Learn:

Who Should Take This Course:

Some familiarity with Objective-C programming

Lesson 3 "Networking Technologies on iOS and Mac OS" covers NSURLRequest, NSURLConnection, NSURLSession, and NSURLSessionTalk. It explains Core Foundation networking, and helps viewers understand where to use threads in networking code, how to use blocks to simplify code, and how the technologies relate to one another.