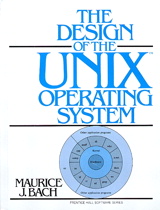 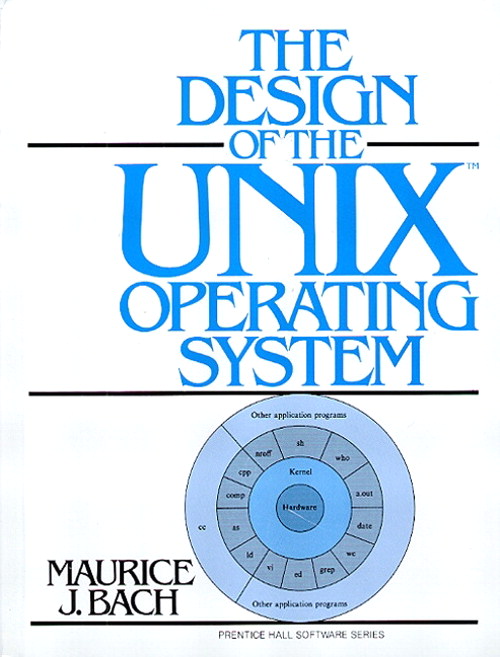 Design of the UNIX Operating System

In this timely new book, Maurice J. Bach traces the popularity of the UNIX system throughout the computer industry. The author describes the internal algorithms and structures that form the basis of the operating system (the kernel) and their relationship to the programmer interface.

Among its key features, the book:

1. General Review of the System.


2. Introduction to the Kernel.


5. System Calls for the File System.


6. The System Representation of Processes.

The UNIX system was first described in a 1974 paper in the Communications of the ACM Thompson 74 by Ken Thompson and Dennis Ritchie. Since that time, it has become increasingly widespread and popular throughout the computer industry where more and more vendors are offering support for it on their machines. It is especially popular in universities where it is frequently used for operating systems research and case studies.

Many books and papers have described parts of the system, among them, two special issues of the Bell System Technical Journal in 1978 BSTJ 78 and 1984 BLTJ 84. Many books describe the user level interface, particularly how to use electronic mail, how to prepare documents, or how to use the command interpreter called the shell; some books such as The UNIX Programming Environment Kernighan 84 and Advanced UNIX Programming Rochkind 85 describe the programming interface. This book describes the internal algorithms and structures that form the basis of the operating system (called the kernel) and their relationship to the programmer interface. It is thus applicable to several environments. First, it can be used as a textbook for an operating systems course at either the advanced undergraduate or first-year graduate level. It is most beneficial to reference the system source code when using the book, but the book can be read independently, too. Second, system programmers can use the book as a reference to gain better understanding of how the kernel works and to compare algorithms used in the UNIX system to algorithms used in other operating systems.

Finally, programmers on UNIX systems can gain a deeper understanding of how their programs interact with the system and thereby code more-efficient, sophisticated programs.

The material and organization for the book grew out of a course that I prepared and taught at AT&T Bell Laboratories during 1983 and 1984. While the course centered on reading the source code for the system, I found that understanding the code was easier once the concepts of the algorithms had been mastered. I have attempted to keep the descriptions of algorithms in this book as simple as possible, reflecting in a small way the simplicity and elegance of the system it describes. Thus, the book is not a line-by-line rendition of the system written in English; it is a description of the general flow of the various algorithms, and most important, a description of how they interact with each other. Algorithms are presented in a C-like pseudo-code to aid the reader in understanding the natural language description, and their names correspond to the procedure names in the kernel. Figures depict the relationship between various data structures as the system manipulates them. In later chapters, small C programs illustrate many system concepts as they manifest themselves to users. In the interests of space and clarity, these examples do not usually check for error conditions, something that should always be done when writing programs. I have run them on System V; except for programs that exercise features specific to System V, they should run on other versions of the system, too.

Many exercises originally prepared for the course have been included at the end of each chapter, and they are a key part of the book. Some exercises are straightforward, designed to illustrate concepts brought out in the text. Others are more difficult, designed to help the reader understand the system at a deeper level. Finally, some are exploratory in nature, designed for investigation as a research problem. Difficult exercises are marked with asterisks.

The system description is based on UNIX System V Release 2 supported by AT&T, with some new features from Release 3. This is the system with which I am most familiar, but I have tried to portray interesting contributions of other variations to the operating system, particularly those of Berkeley Software Distribution (BSD). I have avoided issues that assume particular hardware characteristics, trying to cover the kernel-hardware interface in general terms and ignoring particular machine idiosyncrasies. Where machine-specific issues are important to understand implementation of the kernel, however, I delve into the relevant detail. At the very least, examination of these topics will highlight the parts of the operating system that are the most machine dependent.

The reader must have programming experience with a high-level language and, preferably, with an assembly language as a prerequisite for understanding this book. It is recommended that the reader have experience working with the UNIX system and that the reader knows the C language Kernighan 78. However, I have attempted to write this book in such a way that the reader should still be able to absorb the material without such background. The appendix contains a simplified description of the system calls, sufficient to understand the presentation in the book, but not a complete reference manual.

The book is organized as follows. Chapter I is the introduction, giving a brief, general description of system features as perceived by the user and describing the system structure. Chapter 2 describes the general outline of the kernel architecture and presents some basic concepts. The remainder of the book follows the outline presented by the system architecture, describing the various components in a building block fashion. It can be divided into three parts: the file system, process control, and advanced topics. The file system is presented first, because its concepts are easier than those for process control. Thus, Chapter 3 describes the system buffer cache mechanism that is the foundation of the file system. Chapter 4 describes the data structures and algorithms used internally by the file system. These algorithms use the algorithms explained in Chapter 3 and take care of the internal bookkeeping needed for managing user files. Chapter 5 describes the system calls that provide the user interface to the file system; they use the algorithms in Chapter 4 to access user files.

Chapter 6 turns to the control of processes. It defines the context of a process and investigates the internal kernel primitives that manipulate the process context. In particular, it considers the system call interface, interrupt handling, and the context switch. Chapter 7 presents the system calls that control the process context. Chapter 8 deals with process scheduling, and Chapter 9 covers memory management, including swapping and paging systems.

Chapter 10 outlines general driver interfaces, with specific discussion of disk drivers and terminal drivers. Although devices are logically part of the file system, their discussion is deferred until here because of issues in process control that arise in terminal drivers. This chapter also acts as a bridge to the more advanced topics presented in the rest of the book. Chapter 11 covers interprocess communication and networking, including System V messages, shared memory and semaphores, and BSD sockets. Chapter 12 explains tightly coupled multiprocessor UNIX systems, and Chapter 13 investigates loosely coupled distributed systems.

A few caveats must be made at this time. No attempt has been made to describe system performance in absolute terms, nor is there any attempt to suggest configuration parameters for a system installation. Such data is likely to vary according to machine type, hardware configuration, system version and implementation, and application mix. Similarly, I have made a conscious effort to avoid predicting future development of UNIX operating system features Discussion of advanced topics does not imply a commitment by AT&T to provide particular features, nor should it even imply that particular areas are under investigation.

It is my pleasure to acknowledge the assistance of many friends and colleagues who encouraged me while I wrote this book and provided constructive criticism of the manuscript. My deepest appreciation goes to Ian Johnstone who suggested that I write this book, gave me early encouragement, and reviewed the earliest draft of the first chapters. Ian taught me many tricks of the trade, and I will always be indebted to him. Doris Ryan also had a hand in encouraging me from the very beginning, and I will always appreciate her kindness and thoughtfulness. Dennis Ritchie freely answered numerous questions on the historical and technical background of the system. Many people gave freely of their time and energy to review drafts of the manuscript, and this book owes a lot to their detailed comments. They are Debby Bach, Doug Bayer, Lenny Brandwein, Steve Buroff, Tom Butler, Ron Gomes, Mesut Gunduc, Laura Israel, Dean Jagels, Keith Kelleman, Brian Kernighan, Bob Martin, Bob Mitze, Dave Nowitz, Michael Poppers, Marilyn Safran, Curt Schimmel, Zvi Spitz, Tom Vaden, Bill Weber, Larry Wehr, and Bob Zarrow. Mary Frubstuck provided help in preparing the manuscript for typesetting. I would like to thank my management for their continued support throughout this project and my colleagues, for providing such a stimulating atmosphere and wonderful work environment at AT&T Bell Laboratories. John Wait and the staff at Prentice-Hall provided much valuable assistance and advice to get the book into its final form. Last, but not least, my wife, Debby, gave me lots of emotional support, without which I could never have succeeded.