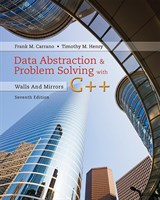 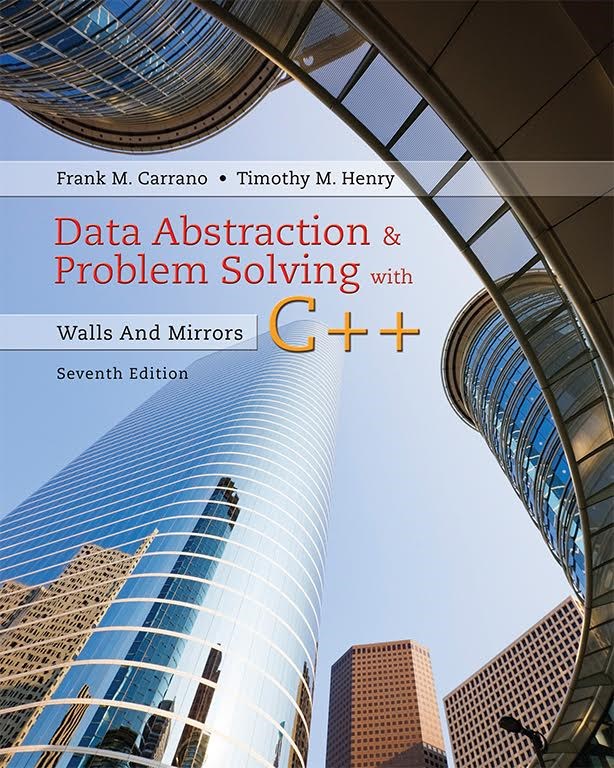 For courses in C++ Data Structures

Concepts of Data Abstraction and Manipulation for C++ Programmers

The Seventh Edition of Data Abstraction & Problem Solving with C++: Walls and Mirrors introduces fundamental computer science concepts related to the study of data structures. The text Explores problem solving and the efficient access and manipulation of data and is intended for readers who already have a basic understanding of C++.

The “walls and mirrors” mentioned in the title represent problem-solving techniques that appear throughout the text. Data abstraction hides the details of a module from the rest of the program, whereas recursion is a repetitive technique that solves a problem by solving smaller versions of the same problems, much as images in facing mirrors grow smaller with each reflection. Along with general changes to improve clarity and correctness, this Seventh Edition includes new notes, programming tips, and sample problems.

5. Recursion as a Problem-Solving Technique

11. Sorting Algorithms and Their Efficiency

12. Sorted Lists and Their Implementations

18. Dictionaries and Their Implementations