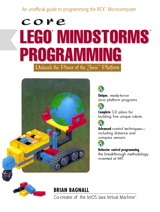 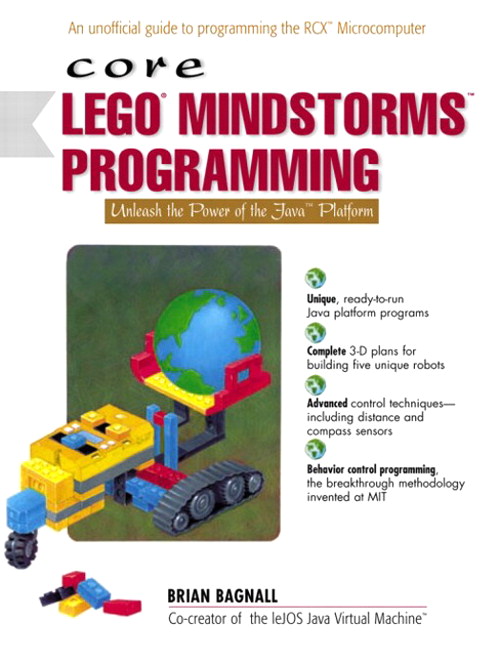 LEGO Mindstorms robots can do more than you ever imagined! The secret: go beyond the built-in tools, and leverage the full power of Java -- the world's hottest programming language. Core LEGO Mindstorms shows you how, step-by-step -- as you build sophisticated robots and custom sensors that will amaze you. No matter what version of LEGO Mindstorms you own -- 1.0, 1.5, 2.0, even the USB version -- this book will take you farther than ever before. Brian Bagnall guides you through installing leJOS, a full-fledged Java Virtual Machine for the programmable RCX "brick" that gives LEGO robots their intelligence. Next, you'll master each key programming task step-by-step, with practical examples and photographs. You'll master behavior control programming, a simple but brilliant concept developed at MIT. Then, working from beautifully rendered 3-D plans, you'll walk through constructing five unique robots, each capable of increasingly powerful navigation. In later chapters, you'll walk through building and programming powerful custom sensors, including proximity sensors -- and even the "Holy Grail" of navigation sensors: the compass sensor. Bagnall concludes by introducing several powerful new techniques for advanced programmers.