Thie UIPageViewController class builds a book-like interface that uses individual view controllers as its pages. Users swipe from one page to the next or tap edges to move to the next or previous page. All of a controller's pages can be laid out in a similar fashion, such as in Figure 5-5, or each page can provide a unique user interaction experience. Apple pre-cooked all the animation and gesture handling into the class for you. You provide the content, implementing delegate and data source callbacks. 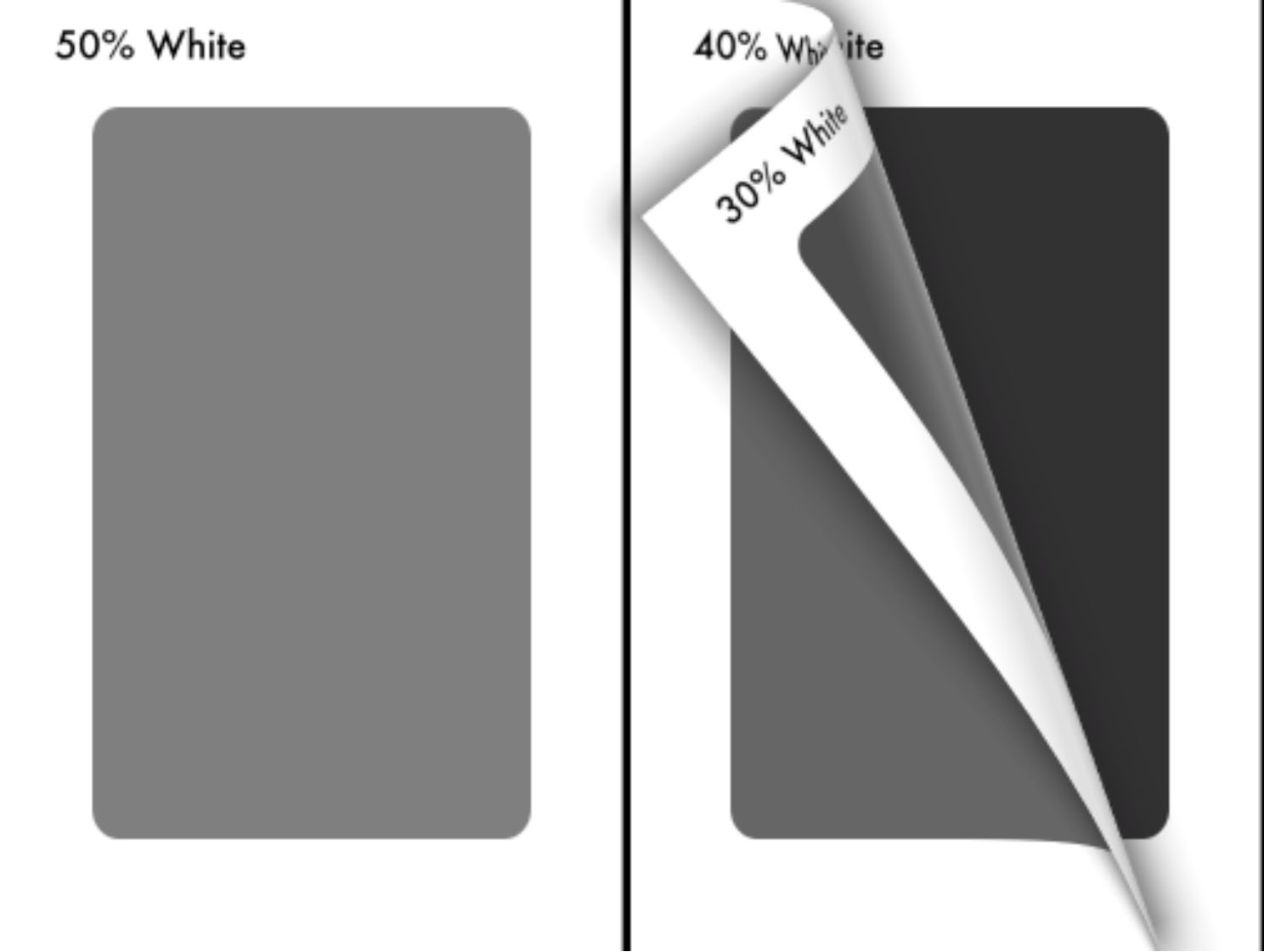 Your code customizes a page view controller's look and behavior. Its key properties specify how many pages are seen at once, the content used for the reverse side of each page, and more. Here's a rundown of those propeties.

Like table views, page view controllers use a delegate and data source to set the behavior and contents of its presentation. Unlike table views, I have found that it's simplest to wrap these items into a custom class to hide their details from my applications. I find the code needed to support a page view implementation rather quirky – but highly reusable. A wrapper lets you turn your attention away from fussy coding details to specific content handling concerns.

In the standard implementation, the data source is responsible for providing page controllers on demand. It returns the next and previous view controller in relationship to a given one. The delegate handles re-orientation events and animation callbacks, setting the page view controller's controller array, which always consists of either one or two controllers, depending on the view layout. As Recipe 5-5 demonstrates, it's a bit of a mess to implement.

Recipe 5-5 creates a BookController class. This class numbers each page, hiding the next/previous implementation details and handling all re-orientation events. A custom delegate protocol (BookDelegate) becomes responsible for returning a controller for a given page number when sent the viewControllerForPage: message. This simplifies implementation so the calling app only has to handle a single method, which it can do by building controllers by hand or by pulling them from a storyboard.

To use the class defined in Recipe 5-5, you must establish the controller, add it as a subview and declare it as a child view controller, ensuring it receives orientation and memory events. Here's what that code might look like. Notice how the new controller is added as a child to the parent, and its initial page number set.

Recipe 5-5 handles its delegate and data source duties by tagging each view controller's view with a number. It uses this number to know exactly which page is presented at any time and to delegate another class, the BookDelegate, to produce a view controller by index.

The page controller itself always stores zero, one, or two pages in its view controller array. Zero pages means the controller has not yet been properly set up. One page is used for spine locations on the edge of the screen, two pages for a central spine. If the page count does not exactly match the spine set-up, you will encounter a rather nasty run time crash.

The controllers stored in those pages are produced by the two data source methods, which implement the before- and after-callbacks. In the page controller's native implementation, controllers are defined strictly by their relationship to each other, not by an index. This recipe replaces those relationships with a simple number, asking its delegate for the page at a given index.

Here, the useSideBySide: method decides where to place the spine, and thus how many controllers show at once. This implementation sets landscape as side-by-side, and portrait as one-page. You may want to change this for your applications. For example, you might use only one page on the iPhone regardless of orientation to enhance text readability.

Recipe 5-5 allows both user- and application-based page control. Users can swipe and tap to new pages or the application can send a moveToPage: request. This allows you to add external controls in addition to the page view controller's gesture recognizers.

The direction that the page turns is set by comparing the new page number against the old. This recipe uses a Western-style page turn, where higher numbers are to the right and pages flip to the left. You may want to adjust this as needed for countries in the Middle and Far East.

This recipe, as shown here, continually stores the current page to system defaults, so it can be recovered when relaunching the application. It will also notify its delegate when the user has turned to a given page, which is useful if you add a page slider, as is demonstrated in Recipe 5-6.

To get the code used for this recipe, go to https://github.com/erica/iOS-5-Cookbook, or if you've downloaded the disk image containing all of the sample code from the book, go to the folder for Chapter 5 and open the project for this recipe.