Sometimes, there are things in SharePoint lists that are just not enough for what the user is trying to achieve. For example, while it is possible to set some basic validation on a column, and even to set cross column validation (for example – make sure the due date is after the start date), more complex rules are beyond the user’s reach. This will discourage users who want to set dynamic default values (for example – if the user is a member of the management group, the priority column should default to “high”) or to do rule based validation (validate phone numbers, emails and more). The more advanced users will be missing the ability to show different screens to different users or depending on the state of the form. For example, they would want a new form for an issues list to show the user filling up the form the title column, the description column and the priority column, but not the status column – what is the point of confusing the user by asking them what is the status of an issue they are just opening? On the other hand, when a support engineer opens the same form, they need to be able to add comments and change the status. All these features are missing from SharePoint and users may say – “give us back our Microsoft Access!”

This is not the response we wanted.

This is where custom 3rd party extensions to SharePoint come in. For example, the SharePoint List Form Extensions by KWizCom (http://www.kwizcom.com) is an extension that opens the doors for end users, allowing them to set all the rules mentioned above, and more, in the same user interface they use currently to modify the lists. 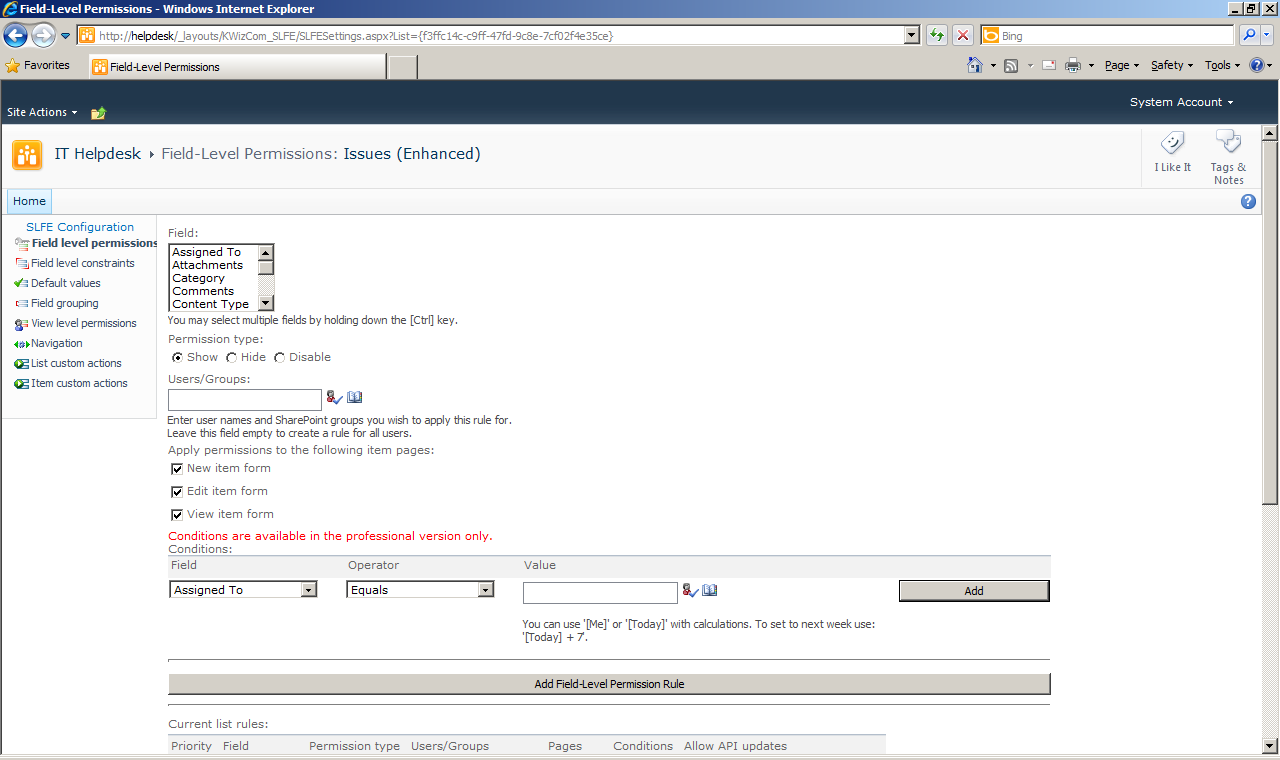 Another tool from the same company is the “SharePoint Notification Feature” which enhances the lists and allows them to send notifications to users by email for certain events in the list. For example – if an issue was closed, the user who opened the case will get an email about it. Another example is a notification rule which sends users a reminder 3 days before their assigned task is due, or when a project milestone is about be reached.

As you can see, these kinds of products extend what end users can configure in SharePoint lists, and therefore make the end users more powerful in creating useful, meaningful lists. This approach is in line with the evolutionary approach – the more flexibility we give our end users, the more likely they are to use the tools to create meaningful applications that work.