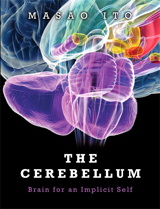 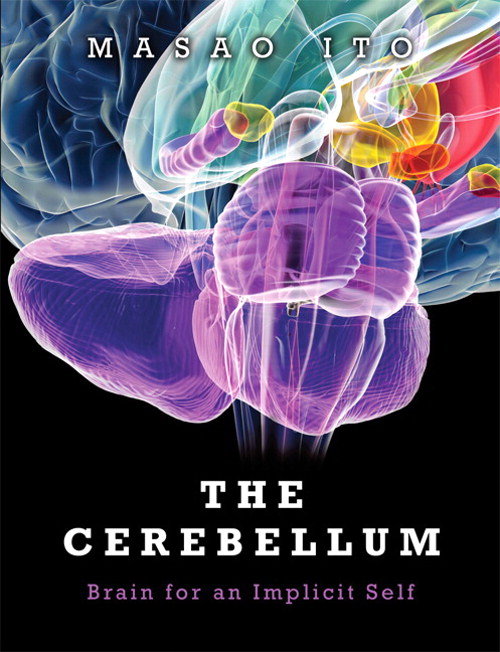 Cerebellum, The: Brain for an Implicit Self

Leading neuroscientist Dr. Masao Ito advances a detailed and fascinating view of what the cerebellum contributes to brain function.  The cerebellum has been seen as primarily involved in coordination of body movement control, facilitating the learning of motor skills such as those involved in walking, riding a bicycle, or playing a piano. The cerebellum is now viewed as an assembly of numerous neuronal machine modules, each of which provides an implicit learning capability to various types of motor control. The cerebellum enables us to unconsciously learn motor skills through practice by forming internal models simulating control system properties of the body parts.

Based on these remarkable advances in our understanding of motor control mechanisms of the cerebellum, Ito presents a still larger view of the cerebellum as serving a higher level of brain functions beyond movements, including the implicit part of the thought and cognitive processes that manipulate knowledge. Ito extends his investigation of the cerebellum to discuss neural processes that may be involved implicitly in such complex mental actions as having an intuition, imagination, hallucination, or delusion.

Chapter 1: Neuronal Circuitry: The Key to Unlocking the Brain     1

Chapter 2: Traditional Views of the Cerebellum     22

Chapter 3: The Cerebellum as a Neuronal Machine     29

Chapter 4: Input and Output Pathways in the Cerebellar Cortex     44

Chapter 5: Inhibitory Interneurons and Glial Cells in the Cerebellar Cortex     51

Pictures of the Mind: What the New Neuroscience Tells Us About Who We Are