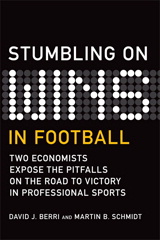 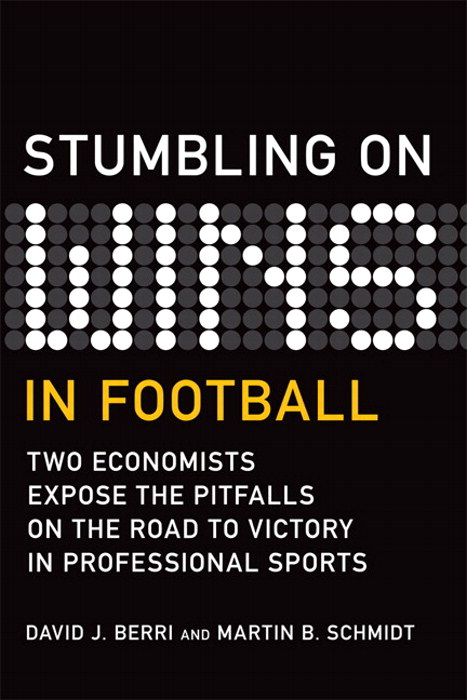 Like what you've read?  Get more in Stumbling On Wins: Two Economists Expose the Pitfalls on the Road to Victory in Professional Sports (9780132357784) by David J. Berri and Martin B. Schmidt. Available in print and digital formats.

Why NFL general managers keep making so many mistakes: the shocking realities hidden in the statistics!

How many wins a quarterback produces depends on two factors: his number of plays and per-play productivity. High draft position gets him on the field, but doesn’t appear to say anything about how well he’ll play. Per-play numbers reveal that players taken with picks 11-50 were more productive than those taken at the top; QBs taken from picks 51-90 were as productive as those in the top ten.

Brief History of the Black Quarterback, A