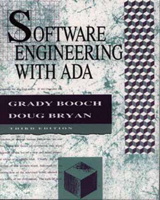 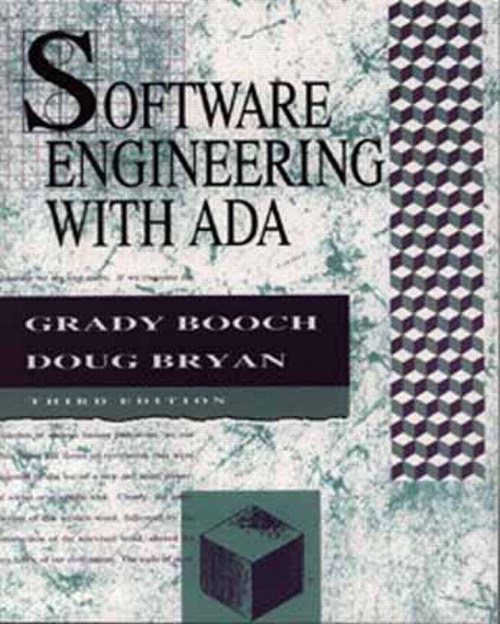 Ada as a Design Language.

4. An Overview Of The Language.


Requirements for the Language.

Ada from the Top Down.

Ada from the Bottom Up.


The Form of Ada Subprograms.


The Form of Ada Packages.


The Form of Ada Tasks.

19. The Software Life Cycle With Ada.

20. Programming In The Large.

Ada is a general-purpose programming language with considerable expressivepower. It was developed at the initiative of the United States Department ofDefense in response to the crisis in software development. Ada was designedspecifically for the domain of large, real-time, embedded computer systems,although it will certainly have an impact on many other application areas.

Unlike most other production high-order languages, such as FORTRAN, COBOL,or even Pascal, Ada not only enbodies many modern software developmentprinciples but also enforces them. The greatest benefits in this commonhigh-order language effort will thus be gained from the application of goodsoftware development methods that are facilitated by using Ada as thelanguage of expression. As a result, the introduction of Ada represents atremendous opportunity for improvement in the clarity, realibility,efficiency, and maintainability of software systems.

Ada is more than just another programming language, however. Along with theAda Programming Support Environment, it represents a very powerful facilitythat helps us understand problems and express their solutions in a mannerthat directly reflects the multidimensional real world.

The Third Edition of Software Engineering with Ada

Ada has truly entered the mainstream of computer science. The third editionof this book was written in response to the language's growing use and toreflect the changing methods of problem solving. The third edition is, ifyou will excuse the pun, a repackaging of the second edition. Chapters havebeen combined, rewritten, and rearranged to better reflect today's wayt ofthinking. This edition includes expanded code segments with more completeprograms written in a more modern style. Most importantly, this thirdedition retains an enphasis on Ada's effective use in a software engineeringcontext.

This book thus serves as a complete Ada reference that is appropriate forboth the programmer who wishes to create Ada systems and the manager whoneeds to understand how to apply this powerful tool. The book presumes anunderstanding of the basic principles of programming.

This book is not just another introduction to Ada. It has been written tosatisfy three specific goals:

In short, this book not only describes the details of Ada programming, butalso suggest ways in which to best apply the features of the language in thecreation of software systems.

Structure: Many texts present the details of a programming languageonly from a syntactic or semantic prespective. In this book, we start with asoftware design approach and then introduce Ada from the top down in thecontext of good programming methods.

The book is divided into six packages, each of which contains three to fourlogically related chapters. The first package begins with a brief look atthe Ada problem domain, and includes an examination of Ada's developmenthistory to provide a perspective on some of the features of the language.The primary objective of this package is to discuss the principles ofsoftware engineering as it relates to object-oriented development. Package 1concludes with an overview of the language.

The second Package contains the first two of five design problems (one ofwhich is revisited and expanded later), as well as a discussion of abstractdata types, and details of the data types provided in the Ada language.

The third through the sixth packages provide a detailed presentation of Adabuilt around five complete design examples. Each problem is increasinglymore complex, and together they require the application of almost every Adafeature. In addition, these problems provide a vehicle for demonstrating theobject-oriented development method, along with a programming style thatemphasizes understandability. The chapters encompassing these five largeexamples present a detailed discussion of Ada's constructs. The sixthpackage also includes a discussion of the problems associated with verylarge programming systems and presents the last of the design problems.

Resources: A set of exercises for students is provided at the end ofmost of the chapters. Difficult problems are marked with a star(*). Inaddition, the book concludes with siz appendices that provide furthertechnical details of Ada. The lettering of the appendices is arranged tomore closely align with the LRM (Language Reference Manual). The first threedescribe the predefined elements of the language, and the specification ofall predefined packages including those associated with all aspects of inputand output. The next two appendices contain a summary style guide andcomprehensive, easy-to-read, alphabetized syntax charts. The last appendixpreviews Ada 9X, including the major proposed changes to the language, suchas:

Course Organization: This is a "generic" book in the sense that it canbe used at a number of levels. Using the second edition, the material hasbeen taught in a one-semester course (40 one-hour lessons), as a five-dayseminar, and as a four-week, all-day intensive program. The followingoutline represents the organization of materials from this third editionwith the same goals in mind.

In addition, the following structure is appropriate as a brief introductionto the application of Ada for prgram managers:

Reliability The Reference Manual for the Ada ProgrammingLanguage was issued jointly by the Department of Defense as a militarystandard and by the American National Institute as ANSI/MIL-STD-1815A, onFebruary 17, 1983. All material in this book meets that standard. To ensuretheir accuracy, all of the design examples and code fragments in the bookhave been tested using a validated Ada compiler.

This edition is the result of the cooperative efforts of three people: GradyBooch, Doug Bryan, and Charles G. Petersen. The combined efforts of thesethree authors and teachers have influenced many thousands of programmers andmanagers over the past 10 years.

Grady Booch, a recognized expert in Ada, has taught a the United States AirForce Academcy and has conducted seminars throughout the United States andin Europe. He has presented the technical details of the language to groupsat a number of levels-undergraduates, graduate students, nonprogrammers,professional programmers, and program managers. Through this experience, hehas tested various methods of presenting language features, observed theirsuccesses and failures, and hear the real needs of practicing softwaredevelopers.

Doug Bryan, from Stanford University, has become a household name in the Adacommunity and is considered an "Ada laywer" by many. He has gained thisnotoriety through the "Dear Ada" column that is a regular feature of AdaLetters, published bimonthly by the Association of computer Machinery'sSpecial Interest Group for Ada (SIGADA).

Charles G. Petersen, a professor at Mississippi State University withdegrees in engineering and computer science, has 10 years of engineeringexperience and over 20 years of teaching experience at the university level.He has been involved in teaching Ada for 10 years and has published threeother Ada textbooks, including Ada: Introduction to Art and Science ofProgramming with Walter J. Savitch, and File Structures With Adawith Nancy E. Miller.

We wish to thank a number of people who helped us during the preparation ofthis manuscript. Charles Petersen has played a very valuable role inbringing this project to a close and in preparing the manuscript forproduction, and we wish to especially acknowledge his contribution.