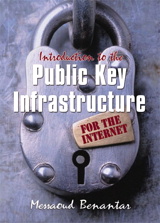 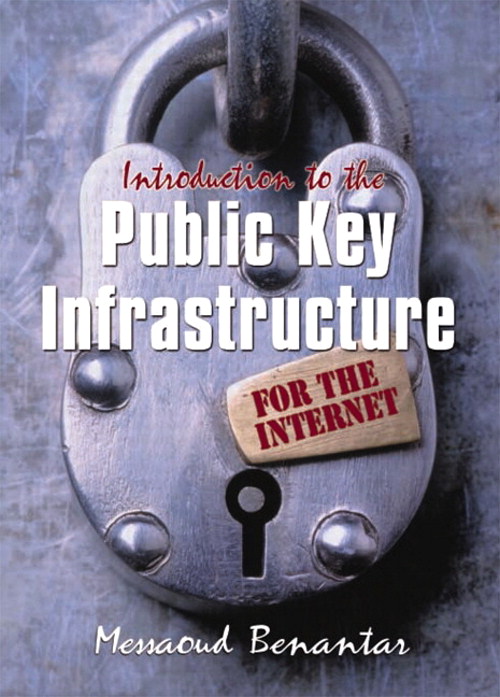 Introduction to the Public Key Infrastructure for the Internet

The practical, results-focused PKI primer for every security developer and IT manager.

Public Key Infrastructure (PKI) and related standards give you powerful new ways to solve your toughest e-commerce and Internet security problems. Now there's a comprehensive PKI primer for both technical and nontechnical professionals. IBM security expert Messaoud Benantar delivers the in-depth guidance developers and managers need to make PKI work, including coverage of important related topics such as ASN.1 and PKCS. From start to finish, Benantar focuses on getting results—and on answering your most critical questions about PKI deployment, operation, and administration. Coverage includes:

Benantar's detailed real-world scenarios give developers, administrators, and decision-makers unprecedented insight for deploying effective PKI/PKIX systems. If you plan to use these breakthrough Internet security technologies, there's no better resource.

Modern secret key cryptography draws strength from the secrecy of keys. This characteristic is not arrived at by choice, rather it is an imposed one. Consider the case of shedding secrecy around a particular cryptographic algorithm. First, the algorithm becomes unavailable for public scrutiny. In the absence of technical scrutiny, the algorithm may hide its weaknesses and thus serves the undesirable principle of security by obscurity. Further yet, such a hiding of the strength or the weakness in a cryptographic algorithm cannot go on for an indefinite period of time. Sooner or later someone will arrive at reverse-engineering the processing logic embedded in a software or a hardware cryptographic module. The outcome will indeed signal the end of that particular algorithm.

In order to alleviate the extent of the secret key distribution problem, the concept of central key distribution (KDC) entity emerged as a somewhat of a natural progression. This entity represents the sole agent that is trusted by every other entity. It plays the role of both the keeper of secret long-term keys and the distributor of short-term session keys intended for use between two communicating entities. This latter role is dubbed as the introduction of entities to one another and is accomplished using cryptographic channels established between each respective entity and the third party agent based upon a shared long term secret key. Albeit this approach has evolved into the most elegant third party key distribution center, it lacks the flexibility of today's Internet ubiquitous computing paradigm.

The premise of freely disseminating a public key comes with a cost; that of trust. Security services that are based on public key cryptography rely on the single foundation of trusting that a particular public key material is indeed bound to its legitimate user. A promising solution for public key trust-establishment lies in the digital certification provided by X.509 which is adopted as an Internet standard. This book is intended to be a single source covering the major aspects of the Internet public key certification.