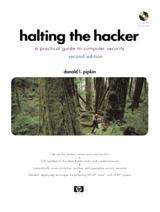 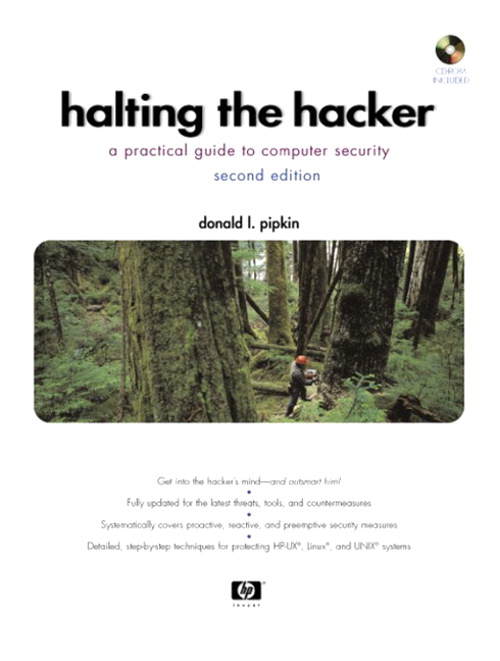 "Takes on even more meaning now than the original edition!"

Halting the Hacker: A Practical Guide to Computer Security, Second Edition combines unique insight into the mind of the hacker with practical, step-by-step countermeasures for protecting any HP-UX, Linux, or UNIX system.

Top Hewlett-Packard security architect Donald L. Pipkin has updated this global bestseller for today's most critical threats, tools, and responses. Pipkin organizes this book around the processes hackers use to gain access, privileges, and control—showing you exactly how they work and the best ways to respond. Best of all, Pipkin doesn't just tell you what to do, but why. Using dozens of new examples, he gives you the skills and mindset to protect yourself against any current exploit—and attacks that haven't even been imagined yet.

The accompanying CD-ROM contains an extensive library of HP-UX and Linux software tools for detecting and eliminating security problems and a comprehensive information archive on security-related topics.