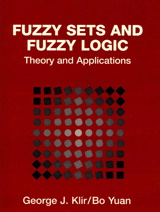 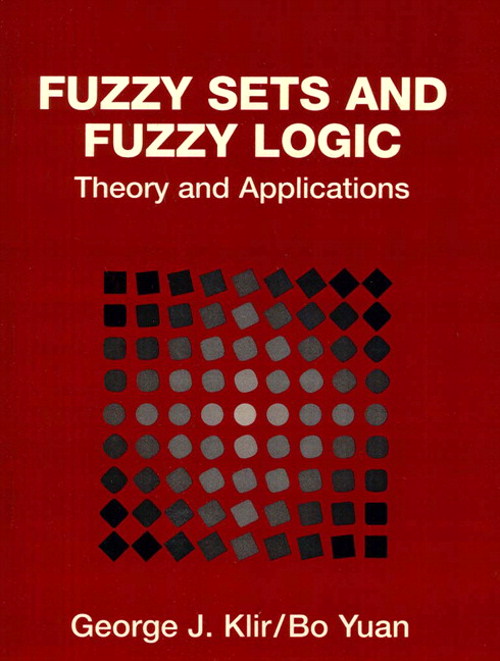 This book is a natural outgrowth of Fuzzy Sets, Uncertainty, and Information by George J. Klir and Tina A. Folger (Prentice Hall, 1988). It reflects the tremendous advances that have taken place in the areas of fuzzy set theory and fuzzy logic during the period 1988-1995. Captured in the book are not only theoretical advances in these areas, but a broad variety of applications of fuzzy sets and fuzzy logic as well.

The primary purpose of the book is to facilitate education in the increasingly important areas of fuzzy set theory and fuzzy logic. It is written as a text for a course at the graduate or upper-division undergraduate level. Although there is enough material in the text for a two- semester course, relevant material may be selected, according to the needs of each individual program, for a one-semester course. The text is also suitable for self study and for short, intensive courses of continuing education. No previous knowledge of fuzzy set theory or fuzzy logic is required for an understanding of the material in this text. Although we assume that the reader is familiar with the basic notions of classical (nonfuzzy) set theory, classical (two-valued) logic, and probability theory, fundamentals of these subject areas are briefly overviewed in the book. Basic ideas of neural networks, genetic algorithms, and rough sets, which are occasionally needed in the text, are provided in Appendices A-C. This makes the book virtually self-contained.

Theoretical aspects of fuzzy set theory and fuzzy logic are covered in the first nine chapters, which are designated Part I of the text. Elementary concepts, including basic types of fuzzy sets, are introduced in Chapter 1, which also contains a discussion of the meaning and significance of the emergence of fuzzy set theory. Connections between fuzzy sets and crisp sets are examined in Chapter 2. It shows how fuzzy sets can be represented by families of crisp sets and how classical mathematical functions can be fuzzified. Chapter 3 deals with the various aggregation operations on fuzzy sets. It covers general fuzzy complements, fuzzy intersections (t-norns), fuzzy unions (t-conorms), and averaging operations. Fuzzy numbers and arithmetic operations on fuzzy numbers are covered in Chapter 4, where also the concepts of linguistic variables and fuzzy equations are introduced and examined. Basic concepts of fuzzy relations are introduced in Chapter 5 and employed in Chapter 6 for the study of fuzzy relation equations, an important tool for many applications of fuzzy set theory.

Chapter 7 deals with possibility theory and its intimate connection with fuzzy set theory. The position of possibility theory within the broader framework of fuzzy measure theory is also examined. Chapter 8 overviews basic aspects of fuzzy logic, including its connection to classical multivalued logics, the various types of fuzzy propositions, and basic types of fuzzy inference rules. Chapter 9, the last chapter in Part I, is devoted to the examination of the connection between uncertainty and information, as represented by fuzzy sets, possibility theory, or evidence theory. The chapter shows how relevant uncertainty and uncertainty-based information can be measured and how these uncertainty measures can be utilized. A Glossary of Key Concepts (Appendix E) and A Glossary of Symbols (Appendix F) are included to help the reader to quickly find the meaning of a concept or a symbol.

Part II, which is devoted to applications of fuzzy set theory and fuzzy logic, consists of the remaining eight chapters. Chapter 10 examines various methods for constructing membership functions of fuzzy sets, including the increasingly popular use of neural networks. Chapter 11 is devoted to the use of fuzzy logic for approximate reasoning in expert systems. It includes a thorough examination of the concept of a fuzzy implication. Fuzzy systems are covered in Chapter 12, including fuzzy controllers, fuzzy automata, and fuzzy neural networks. Fuzzy techniques in the related areas of clustering, pattern recognition, and image processing are overviewed in Chapter 13. Fuzzy databases, a well-developed application area of fuzzy set theory, and the related area of fuzzy retrieval systems are covered in Chapter 14. Basic ideas of the various types of fuzzy decision making are summarized in Chapter 15. Engineering applications other than fuzzy control are touched upon in Chapter 16, and applications in various other areas (medicine, economics, etc.) are overviewed in Chapter 17.

In order to avoid interruptions in the main text, virtually all bibliographical, historical, and other remarks are incorporated in the notes that follow each individual chapter. These notes are uniquely numbered and are only occasionally referred to in the text. The notes are particularly important in Part II, where they contain ample references, allowing the interested reader to pursue further study in the application area of concern.

When the book is used at the upper-division undergraduate level, coverage of some or all proofs of the various mathematical theorems may be omitted, depending on the background of the students. At the graduate level, on the other hand, we encourage coverage of most of these proofs in order to effect a deeper understanding of the material. In all cases, the relevance of the material to the specific area of student interest can be emphasized with additional application oriented readings guided by relevant notes in Part II of the text.

Each chapter is followed by a set of exercises, which are intended to enhance an understanding of the material presented in the chapter. The solutions to a selected subset of these exercises are provided in the instructor's manual, which also contains further suggestions for use of the text under various circumstances.

The book contains an extensive bibliography, which covers virtually all relevant books and significant papers published prior to 1995. It also contains a Bibliographical Index, which consists of reference lists for selected application areas and theoretical topics. This index should be particularly useful for graduate, project-oriented courses, as well as for both practitioners and researchers. Each book in the bibliography is emphasized by printing its year of publication in bold.

Course In Fuzzy Systems and Control, A