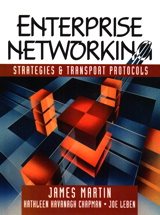 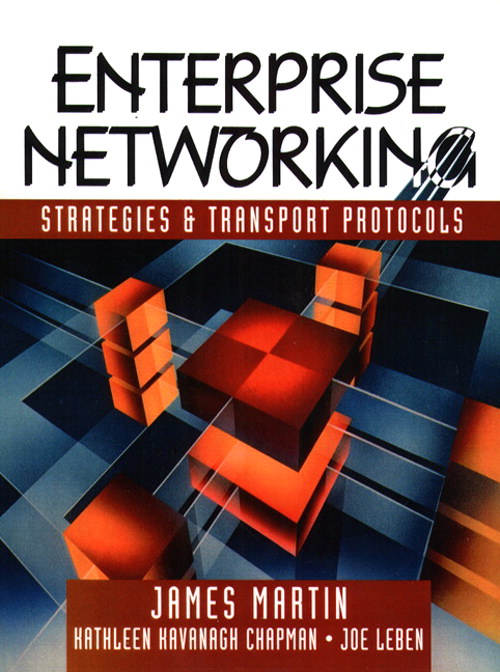 The traditional large information systems vendors, such as IBM and Digital, have been changing their networking products to better serve the needs of individual desktop users. At the same time, the vendors in the workgroup computing arena, such as Microsoft and Novell, have been expanding their products to better serve the needs of enterprise-wide computing. The term enterprise networking refers to a form of integrated networking that attempts to integrate the large wide area networks that have been constructed by information systems organizations with the local area networks that have been created by users in individual workgroups.

The subject of enterprise networking can be approached in a number of different ways. A high-level perspective takes the view of network users and application developers. With this perspective, it is important to describe the application services the network provides and the technologies employed to implement end-to-end communication between users. This book looks at enterprise networks from this high-level perspective.

Another important aspect of enterprise networking-especially to those who implement the network-concerns the technologies used for moving data over the individual physical connections that make up the network. A companion book to this one, Enterprise Networking: Data Link Subnetworks, concentrates on the lower-level subnetwork technologies. A third book, Local Area Networks: Architectures and Implementations, looks at data link technology for local area networks in even more detail.

Plan of the Book

This book is intended for a broad range of readers, including the following:

Information systems and communications managers and technical staff members who maintain and administer computer networks and who need a thorough understanding of networking technology.

Information systems and communications technical staff members who select, install, and support network hardware and software products and who deal with the complexities of multi-vendor networking.

Users of network services who desire an understanding of the technology behind the computer communication tools used in their work environment.