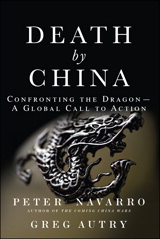 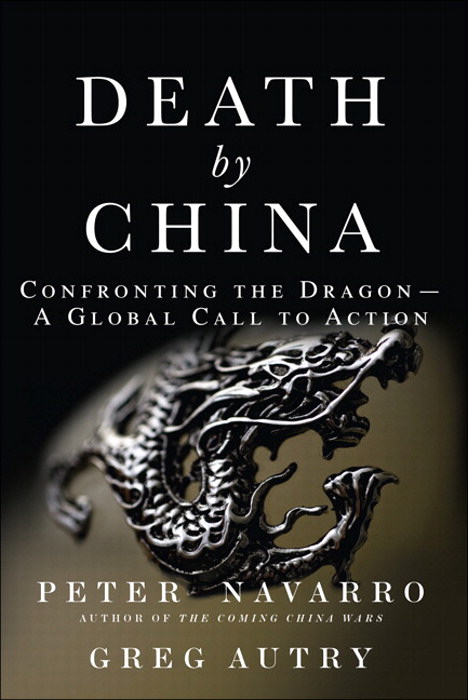 Death by China: Confronting the Dragon - A Global Call to Action

Why China is the greatest threat to the US in the world today—from lethal products and the economy, to espionage and imperialism.

The world's most populous nation and soon-to-be largest economy is rapidly turning into the planet's most efficient assassin. Unscrupulous Chinese entrepreneurs are flooding world markets with lethal products. China's perverse form of capitalism combines illegal mercantilist and protectionist weapons to pick off American industries, job by job. China's emboldened military is racing towards head-on confrontation with the U.S. Meanwhile, America's executives, politicians, and even academics remain silent about the looming threat. Now, best-selling author and noted economist Peter Navarro meticulously exposes every form of "Death by China," drawing on the latest trends and events to show a relationship spiraling out of control.

reveals how thousands of Chinese cyber dissidents are being imprisoned in "Google Gulags"; how Chinese hackers are escalating coordinated cyberattacks on U.S. defense and America's key businesses; how China's undervalued currency is damaging the U.S., Europe, and the global recovery; why American companies are discovering that the risks of operating in China are even worse than they imagined; how China is promoting nuclear proliferation in its pursuit of oil; and how the media distorts the China story--including a "Hall of Shame" of America's worst China apologists.

This book doesn't just catalogue China's abuses: It presents a call to action and a survival guide for a critical juncture in America's history--and the world's.

Death by China: It's Not China Bashing If It's True

PART I “BUYER BEWARE” ON STEROIDS

Chapter 2: Death by Chinese Poison: Bodies for Bucks and Chicks for Free     15

Chapter 3: Death by Chinese Junk: Strangling Our Babies in Their Cribs     29

Chapter 4: Death to America’s Manufacturing Base: Why We Don’t Play (or Work) in Peoria Anymore     49

Chapter 7: Death by Colonial Dragon: Locking Down Resources and Locking Up Markets Round the World     91

PART III WE WILL BURY YOU, CHINESE STYLE

PART IV A HITCHHIKER’S GUIDE TO THE CHINESE GULAG

Chapter 14: Death by China on China: Shanghaiing the Gene Pool at the Top of the World and Other Earthly Tales     197

PART V A SURVIVAL GUIDE AND CALL TO ACTION

Chapter 16: Life with China: How to Survive and Prosper in the Dragon’s Century     233

Head Start: Build a resilient mindset so you can achieve your goals

The Beermat Entrepreneur: Turn Your good idea into a great business, 3rd Edition

Leader iD: Here's your personalised plan to discover your leadership profile - and how to improve