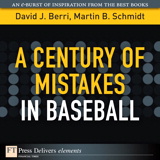 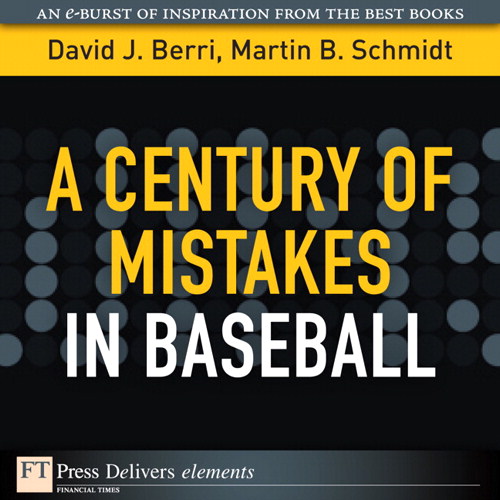 Century of Mistakes in Baseball, A

This Element is an excerpt from Stumbling On Wins: Two Economists Expose the Pitfalls on the Road to Victory in Professional Sports (9780132357784) by David J. Berri and Martin B. Schmidt. Available in print and digital formats.

In 1997, the Oakland A’s ranked toward the bottom in Major League Baseball, in both team payroll and winning percentage. Next season, Billy Beane became general manager. Spending didn’t change. Outcomes did. From 1999 to 2002, only the Yankees won more games in the American League. It’s been argued the key was Beane’s ability to recognize specific inefficiencies in baseball’s labor market. For the empirical evidence…