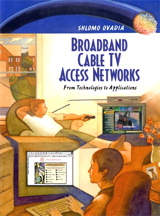 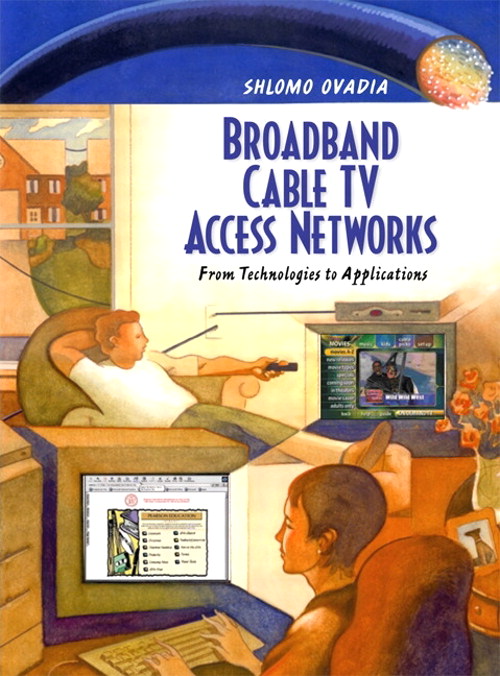 Whether you're an engineer, scientist, cable professional, manager, or investor, if you want to understand where cable is headed, you need Cable TV Access Networks: From Technologies to Applications.

Appendix A: Comparison of DAVIC and DOCSIS Specifications.

Broadband cable TV access networks have been going through a dramatic transformation worldwide since the late 1980s. The technology vision, which was articulated by several visionary industry leaders such as Bill Gates of Microsoft, of "information at your finger tips" has started to become a reality. With the invention and emergence of the Internet and Intranet as the information superhighway, cable subscribers and small businesses did not want to be left behind and were eager for high-speed access.

From 1992 to 1996 as a research scientist at Bell Communications Research (Bellcore), I had the privilege to work with many world-class scientists and participate in the emerging fiber-optics and QAM receiver technology studies. With a built-in HFC test-bed, my colleagues and I were able to provide valuable technical analysis and auditing services to the Regional Bell Operating Companies such as Pacific Bell and Ameritech, as well as cable TV equipment manufacturers. My exposure to the hardware and software development of digital set-top boxes and cable modems came during my work as a principal scientist at Digital Network Systems, General Instrument from 1996 to 2000. In particular, I was exposed to the various discussions and debates on the different cable TV network and set-top box requirements while participating at the various cable TV standards meetings such as DOCSIS, IEEE802.14, and OpenCable.

The purpose of this book is to provide the reader with the basic understanding of today's two-way HFC cable TV network technologies and their evolution toward DWDM network architectures. This book, which can be used as the basis for a graduate-level material, is intended for engineers, scientists, cable TV professionals, and students interested in learning more about the existing and emerging cable TV technologies and applications.

The book is organized into five main sections:

Shlomo Ovadia has earned his B.Sc. in Physics from Tel-Aviv University in 1978, and his M.Sc. and Ph.D. in Optical Sciences from the Optical Sciences Center, University of Arizona in 1982 and 1984, respectively. He spent two years as a postdoctoral fellow at the Electrical Engineering Department, University of Maryland, investigating different III-V optoelectronics materials and devices. In 1987, Shlomo joined IBM at East Fishkill as an optical scientist developing various IBM optical communications and storage products. He joined Bellcore in 1992, where he developed an HFC test-bed, and studied the transmission performance of multichannel AM/QAM video transmission systems. As a project manager and a senior scientist, Shlomo provided technical analysis and consulting services to the Regional Bell Operating Companies as well as to various cable TV equipment vendors. In 1996, Shlomo joined General Instrument as a principal scientist in Digital Network Systems division, where he was developing the next-generation digital set-top boxes for both domestic and international markets. In April 2000, Shlomo joined Intel's Cable Network Operation business unit in San Jose, California, as a principal system architect developing communication products such as cable modems. He is a Senior Member of IEEE/LEOS/Comsoc with more than 60 technical publications and conference presentations. Shlomo served on the technical committees of many IEEE/LEOS conferences, and he is a regular reviewer for various IEEE publications such as Photonics Technology Letters and Journal of Lightwave Technology. Shlomo has eight pending patents, and his personal biography is included in the Millennium edition of Who's Who in Science and Engineering (2000/2001).