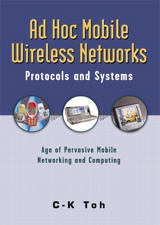 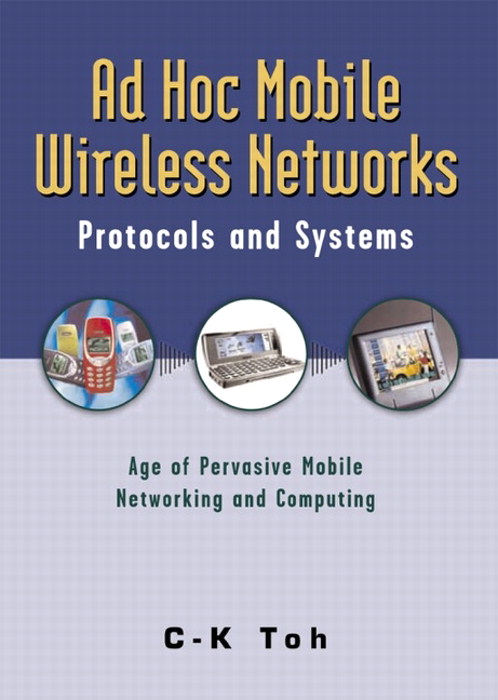 The authoritative guide to the state of the art in ad hoc wireless networking.

"Ad hoc" wireless networks eliminate the complexities of infrastructure setup and administration, enabling devices to create and join networks "on the fly"-anywhere, anytime, for virtually any application. The field is rapidly coming of age, reflecting powerful advances in protocols, systems, and real-world implementation experience. In Ad Hoc Mobile Wireless Networks, one of the field's leading researchers brings together these advances in a single consolidated and comprehensive archive. C.K. Toh covers all this, and more:

16. Conclusions and The Future.

So many advances have been made in the field of infrastructureless wireless networks that it is time to consolidate the insights and technical know-how of this exciting and state-of-the-art technology into a book for educational and research purposes.

This book presents an introduction to wireless networks and packet radio networks in Chapters 1 and 2. These chapters allow the reader to gain a broader understanding of existing wireless networks before embarking into the details of ad hoc wireless networks. Packet radio networks are considered an earlier form of ad hoc networks since they address mobility and allow repeaters to be mobile. Chapter 3 provides an introduction to ad hoc wireless networks, highlighting the presence of device heterogeneity, different traffic profiles, mobility, and technical challenges. Chapter 4 exposes the problems associated with media access in ad hoc networks and presents some suitable solutions. Chapter 5 then gives an overview of existing ad hoc routing protocols, highlighting their features and differences. A new routing protocol based on the concept of long-life routing, or associativity, is presented in Chapter 6.

Users of a network must be able to discover the presence of services in the network. Hence, Chapter 12 explains some existing service discovery methods. Fundamentals of the evolving Bluetooth technology are given in Chapter 13. The principles of Wireless Application Protocol (WAP) are explained in Chapter 14. Possible ad hoc mobile applications are revealed and discussed in Chapter 15. Finally, a conclusion is presented in Chapter 16.